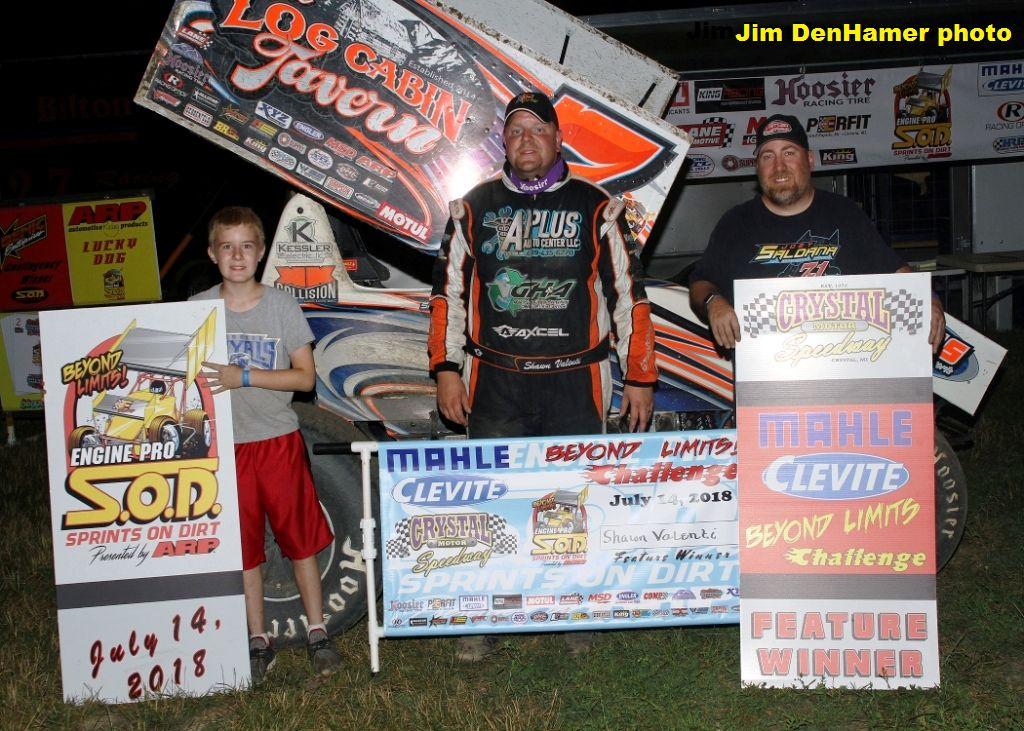 The twenty-five-lap feature started with pole sitter Steve Irwin grabbing the early lead.  Fourth starter Jay Steinebach showing some early speed, but a rear end issue ended his race early.  It was eighth starter Valenti quickly driving to the front and after a couple laps challenging Irwin; he then set a torrid pace, opening up a several car-length lead over Irwin.  The race was slowed by a pair of cautions, but it had little effect on Valenti as he motored away from the field, each time.  Eleventh place starter Boston, Mead, Onsted, Michigan quietly cut through the field and passed Steve Irwin for second late in the race.  Valenti charged to a straight away win over Mead and Irwin.