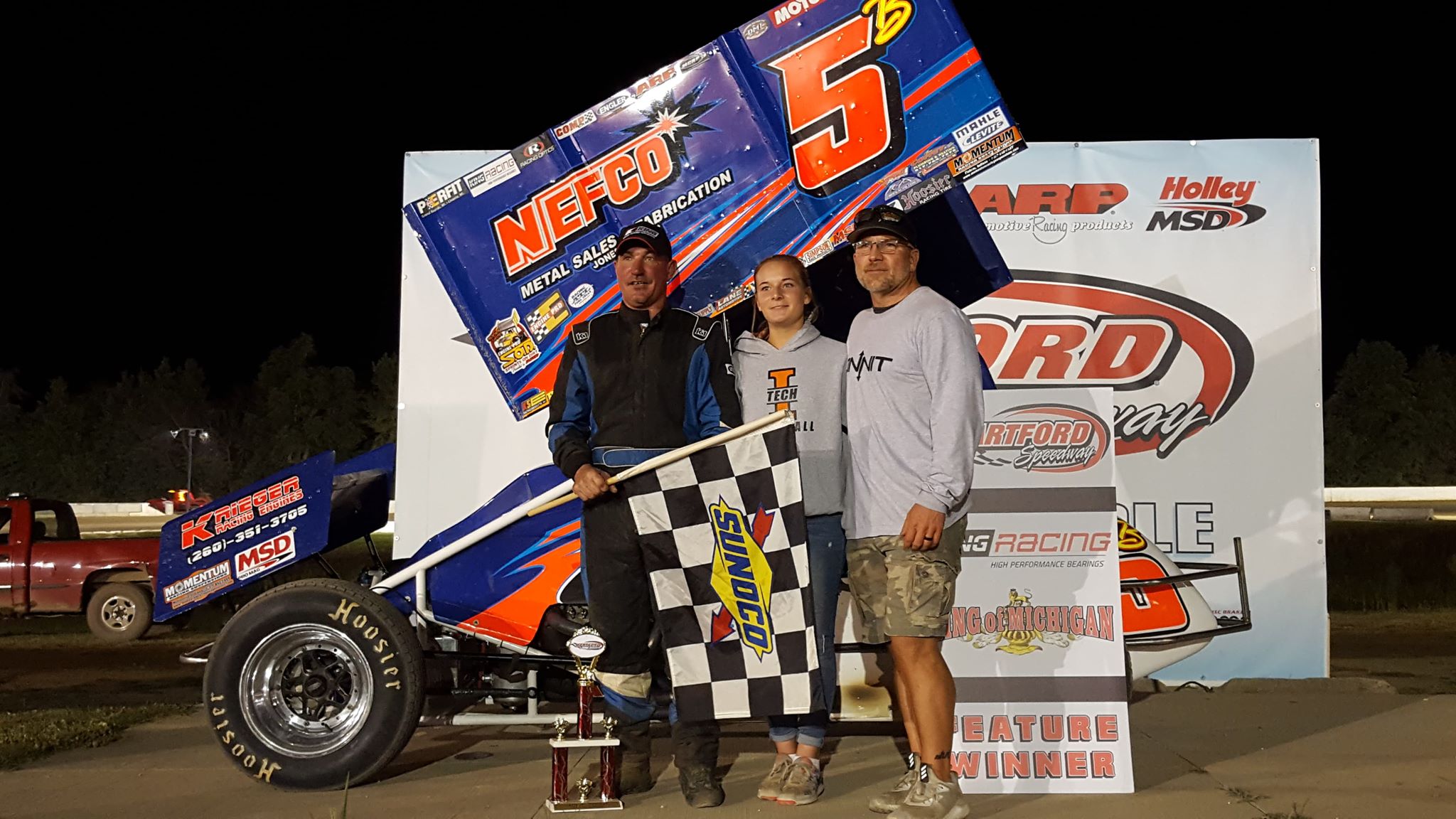 ERIE, MI (July 14, 2018) –The King Engine Bearings King of Michigan Race #2 at Hartford Speedway on Friday the 13th was just what Litchfield, Michigan’s Chad Blonde needed.  After being the bride’s maid several times this season, Blonde drove his Krieger Racing Engines powered Maxim to victory to the delight of the large, enthusiastic crowd that braved sweltering temperatures to see a great night of racing.

Pole starter Jay Steinebach led lap one before Blonde took the lead on lap two from his outside front row starting position.  Blonde was in command, opening up a big lead as Steve Irwin, moved into second on lap six.  Gregg Dalman, running a strong third, brought out the caution on lap twelve trying to avoid contact with a lapped car, ending his race.  The caution gave Irwin a chance to challenge Blonde, and he momentarily inched ahead between turns one and two a lap later.  Blonde was too strong though and motored away to a decisive win.