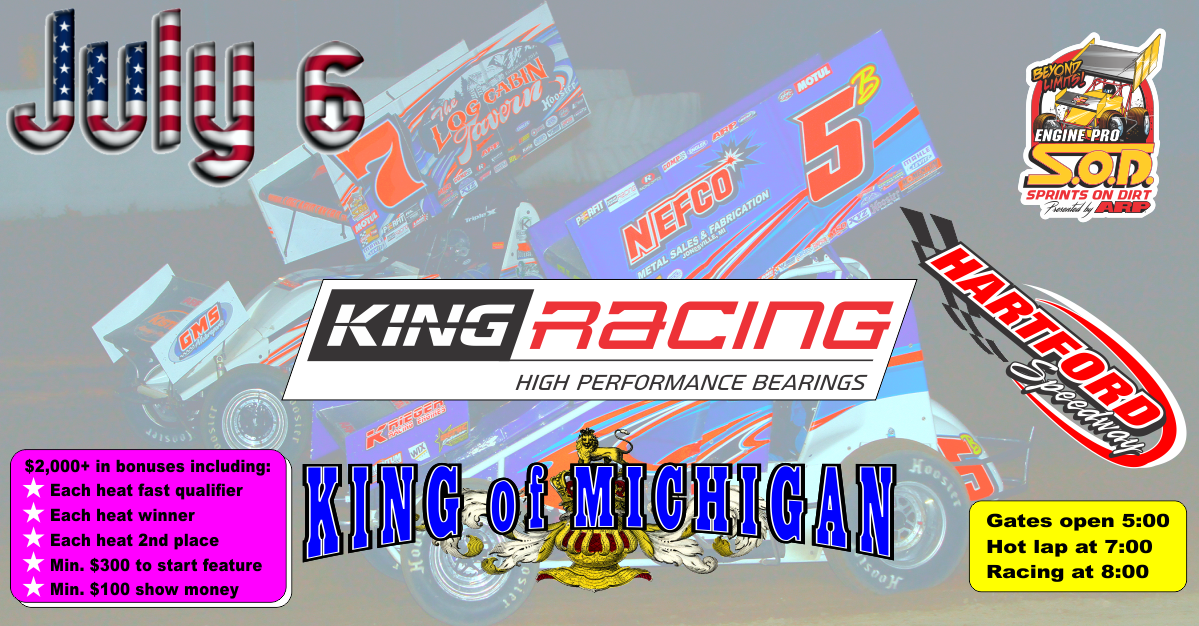 ERIE, MI (July 2, 2018) – The King is back, and going big in July, with the Engine Pro Sprints On Dirt presented by ARP Month of the King, including three King Engine Bearings King of Michigan races!  The KoM opener was rained out on May 18 and again on June 8, so we travel to Hartford Speedway for the first 2018 KoM race this Friday, July 6.

The 2018 KoM Champion will be crowned at the series finale on August 31.  The champion will have a guaranteed starting spot in the Engine Pro Sprints On Dirt presented by ARP Mike Olrich Memorial Race at Crystal Motor Speedway on September 1st.  The King Engine Bearings King of Michigan will pay a point fund to the top five at the 2018 Sprints On Dirt Awards Banquet at the Battle Creek (MI) Holiday Inn on Saturday, October 27.

The race will be the first of four races of the Motul Leader of the Pack Stage 3.  The LoP consists of four stages including all SOD races through September 1.  Each stage finish is based on SOD points earned during the stage.  The Motul Leader of the Pack Champion will be the driver with the best average finishing position for all stages and will pay a five-place point fund at the 2018 Awards Banquet.  Chad Blonde won Stage 1 of the LoP.  Shawn Valenti won Stage 2.