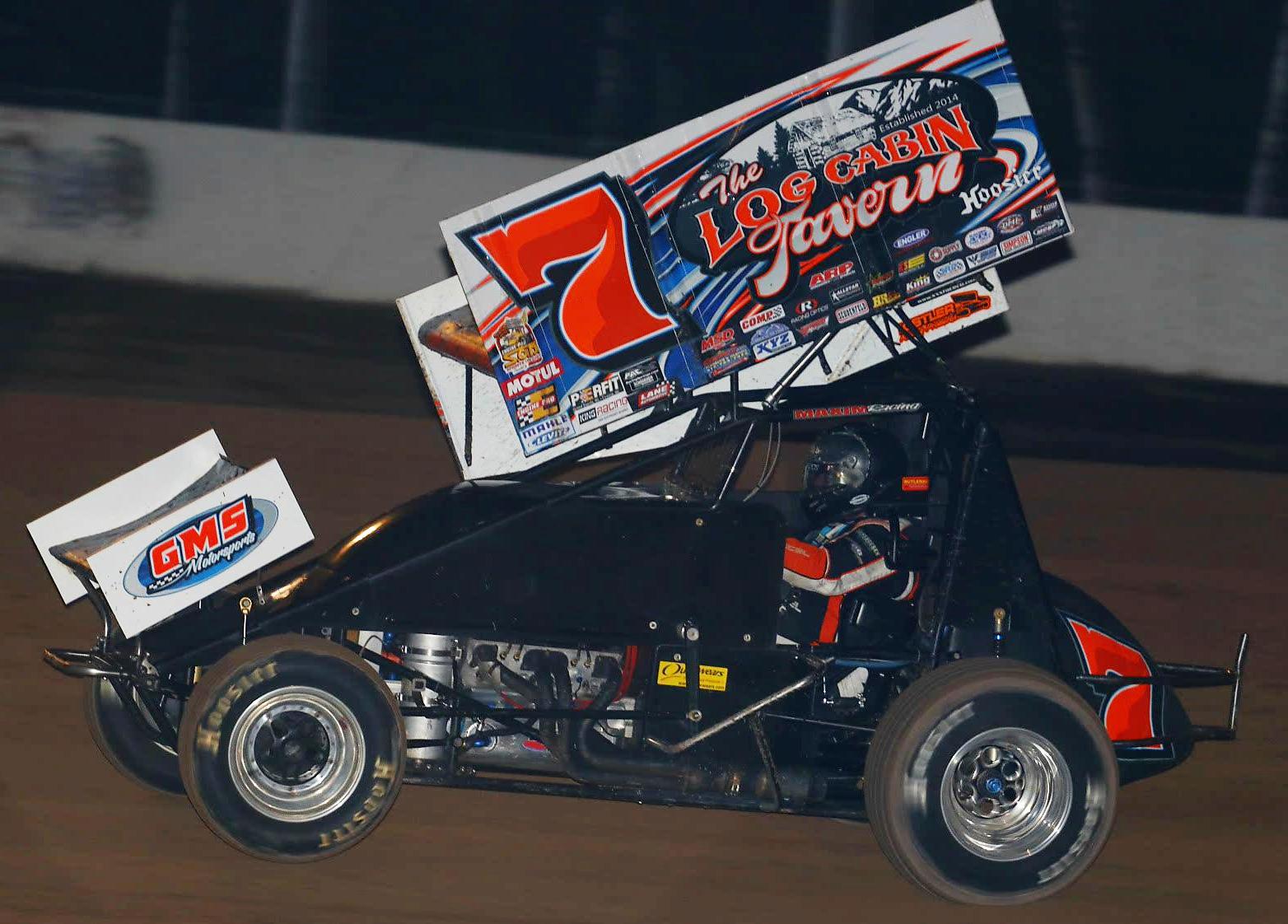 The night started out under sunny skies before light rain started falling.  It was not initially enough to halt the program, however, the rain increased and halted racing around 7:00 PM.  After a medical emergency and almost two hours of a huge effort by the track crew, racing resumed with the SOD feature taking the track first.

Valenti started on the pole for the feature and led all twenty-five laps of the feature completed in just over five minutes.  But it was not easy as Steve Irwin made several serious challenges, even pulling along side the leader.  Irwin dropped to third on lap eighteen then fourth on lap 24.  Ryan Ruhl took second on lap 18 where he finished.  Chad Blonde moved up seven places to finish third.

Steve and Erika Puvalowski, Tri-City Motor Speedway owners/promoters and their entire staff did a tremendous, relentless job of getting the race program in under very difficult conditions.  As a result, the full house enjoyed an exciting, action-packed night of racing.

Blonde leads SOD championship points over Valenti and Ruhl.  Blonde also leads Ruhl and Valenti in MAHLE/Clevite Beyond Limits Challenge points.  Valenti won stage 2 of the Motul Leader of the Pack over Chad Blonde with Jay Steinebach and Ricky Ferkel tied for third.