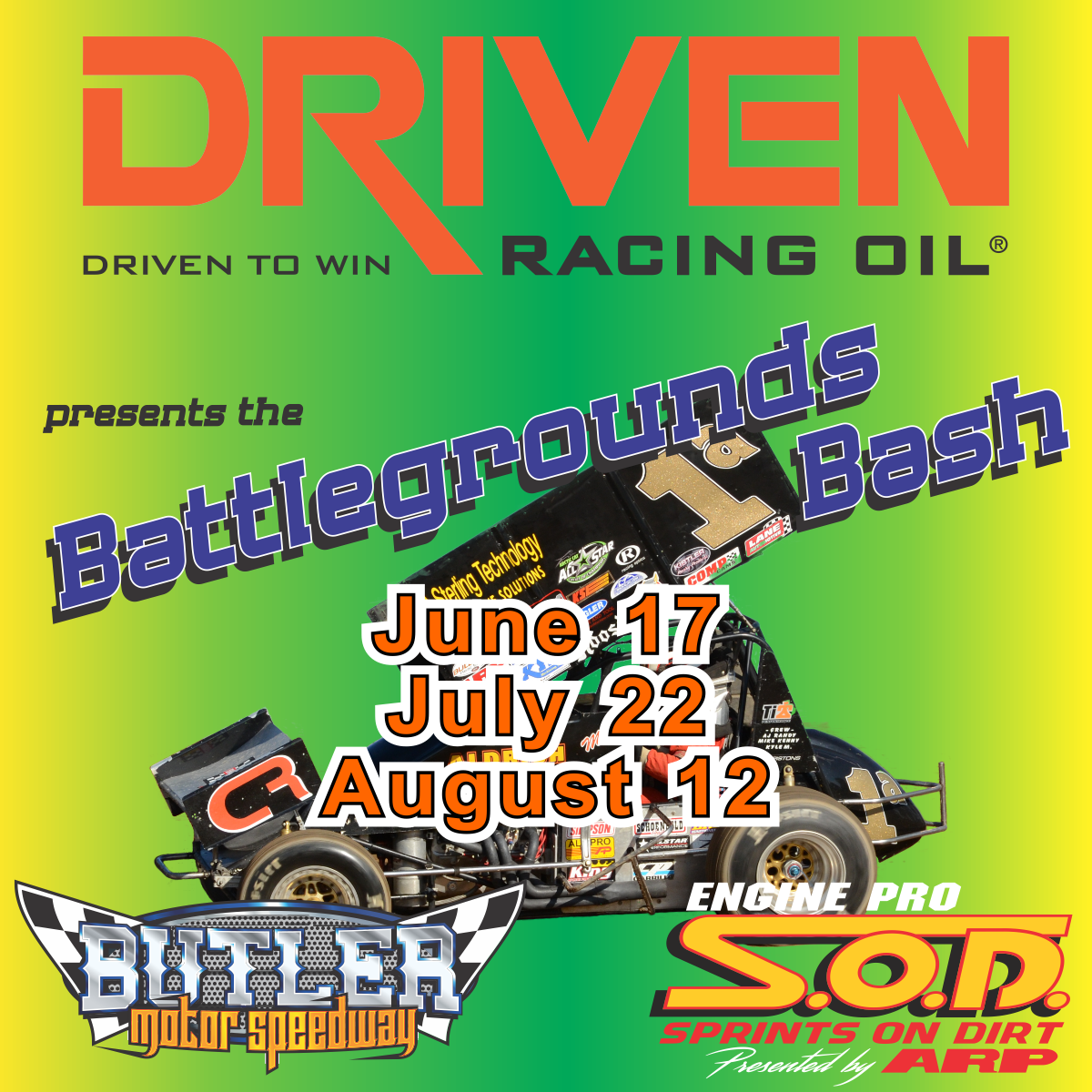 All three races of the Driven Racing Oil Battlegrounds Bash three-race series are being contested at Butler Motor Speedway, the birthplace of dirt track sprint car racing in Michigan and where many SOD competitors started their careers.   The BB will pay the points champion $1,000; the top five will each earn part of the point fund.  The third and final race will be on August 12th.