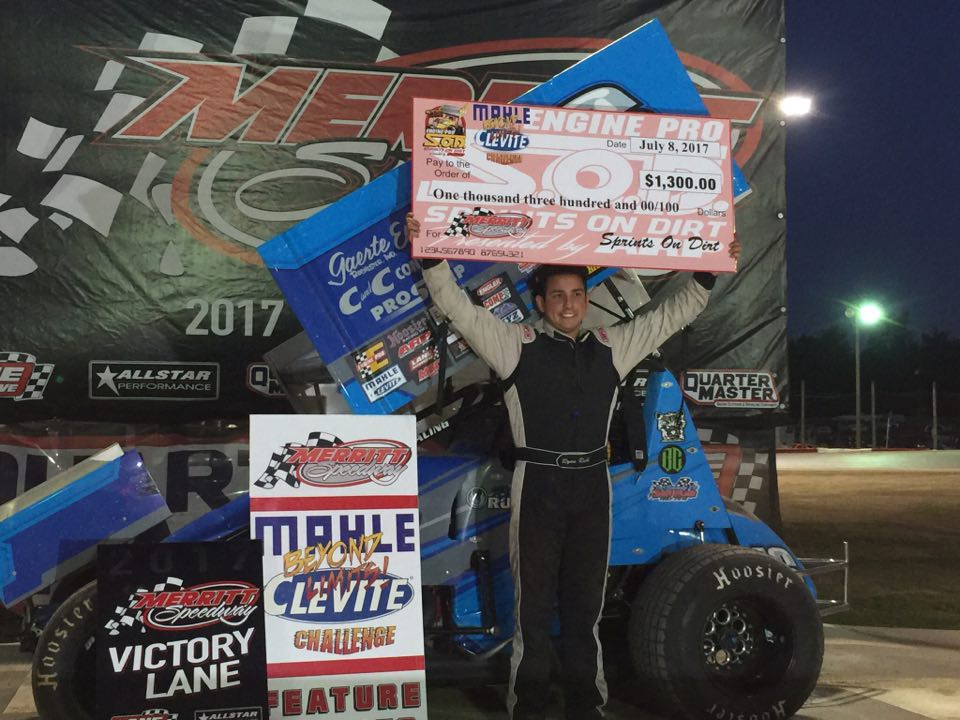 Mike Astrauskas took the lead from the pole and held the lead for twenty laps, fighting off challenges by Brad Lamberson who pulled alongside at one point.  Meanwhile, Ruhl steadily moved through the field and took the lead out of turn 4 from race long leader Astrauskas with five laps to go and went on to win his second feature of the 2017 racing season.  The 30-year-old from Coldwater, Michigan in his popular #16 C&C Contractors/J&J Chassis/Rider Racing Engines sprinter would score career win #15 and the victory moves him into a tie for ninth all-time in SOD history. Brad Lamberson finished second ahead of two-time SOD Champion, Gregg Dalman while Astrauskas and 2001 SOD Champion, Steve Irwin completed the top five in the third race of the MAHLE/Clevite Beyond Limits Challenge Series Race #3.