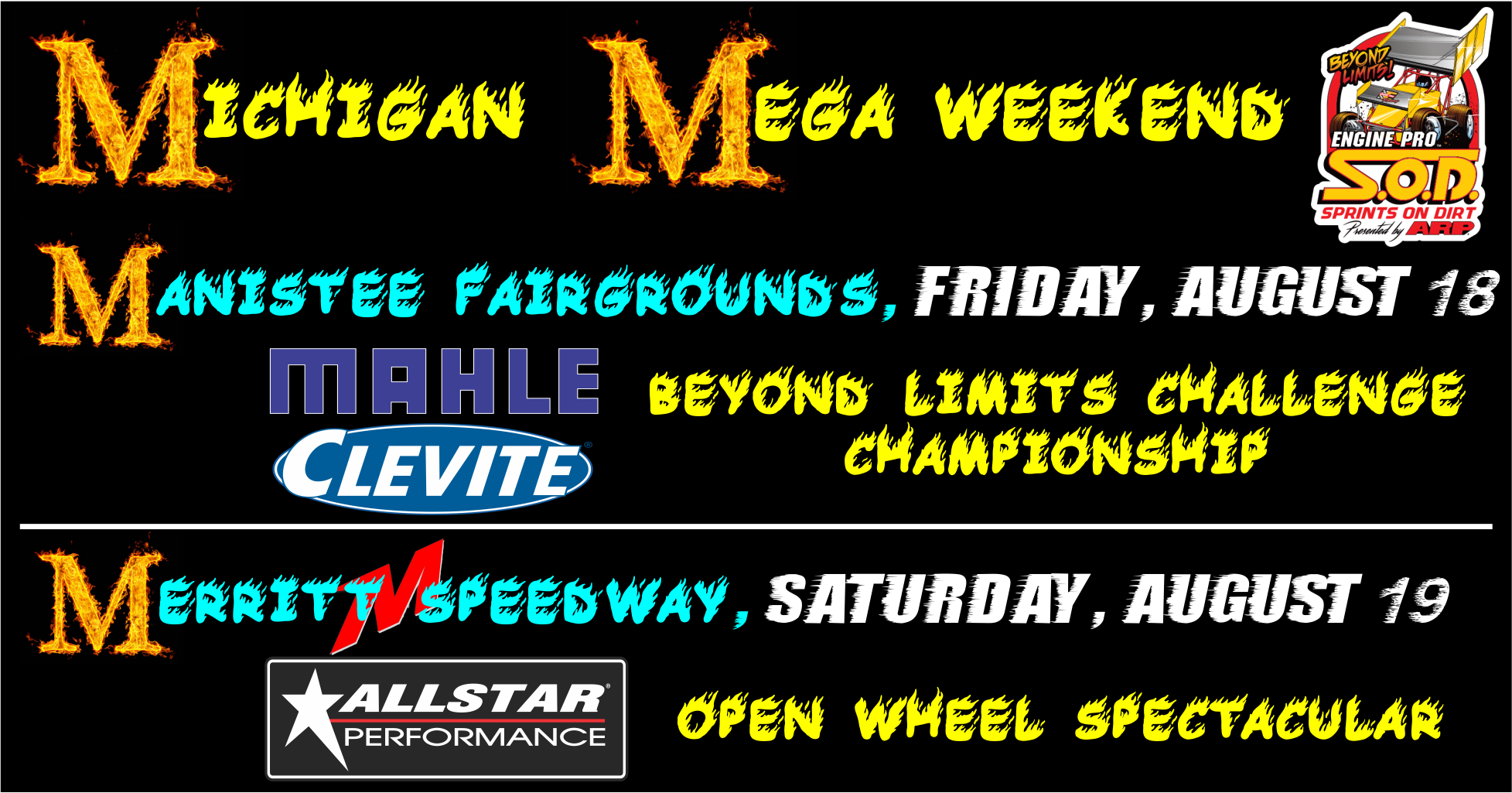 Engine Pro Sprints On Dirt presented by ARP will be racing at the Manistee County Fairgrounds in Onekama, Michigan, this Friday, for the first time since July 18, 1999.  The race, originally scheduled for August 4th rained out, will be the fifth and final race of the 2017 MAHLE/Clevite Beyond Limits Challenge, determining the BLC champion.

For the second time this year, SOD competitors will have the opportunity to race with SOD and in non-winged competition in the same program Saturday.  Steve Irwin will race in both divisions and 2016 Engine Pro Sprints On Dirt presented by ARP Champion Brian Smith are expected to race in both divisions Saturday.  Smith won the non-winged portion of the dual program at Hartford Speedway on July 9th.