Hoosier Racing Tire and Sprints On Dirt recently conducted tire testing of the 2016 SOD spec tires. While the new SOD tires immediately affect SOD, they are destined to eventually have a significant impact on the entire world of sprint car racing. While support classes may provide a way for some tracks to support their headline sprint class or start a sprint class, nothing has really been done to help premier traveling organizations to boost car counts.

Ryan Ruhl and Steve Irwin were test drivers. Ryan has had many wins in 2015 in both SOD and 410 races.  Ryan tested in both his 360 and 410 cars. Steve has won in winged and non-winged dirt and pavement sprint cars. Steve tested in his 410. Each driver provided detailed in-depth feedback that was very consistent. 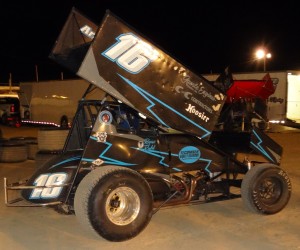 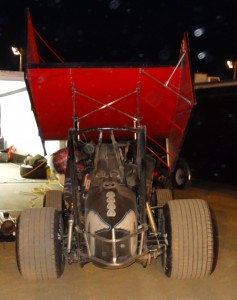 Over 135 laps were completed under Hoosier’s proprietary procedures that ensured accurate results. The collected data produced immediate conclusions as well as baselines for assessing tire performance throughout the 2016 season. 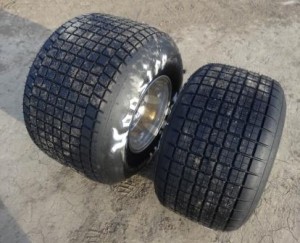 The testing session was the culmination of year-long planning, coordination, and evaluation of what was expected of the new tire package. Test results show that Hoosier has developed a tire package that has met all SOD objectives. John Naida said: “We are extremely pleased with the results. Testing the tires on both 360 and 410 cars gave the exact results SOD had hoped for, and we are very excited for 2016.”