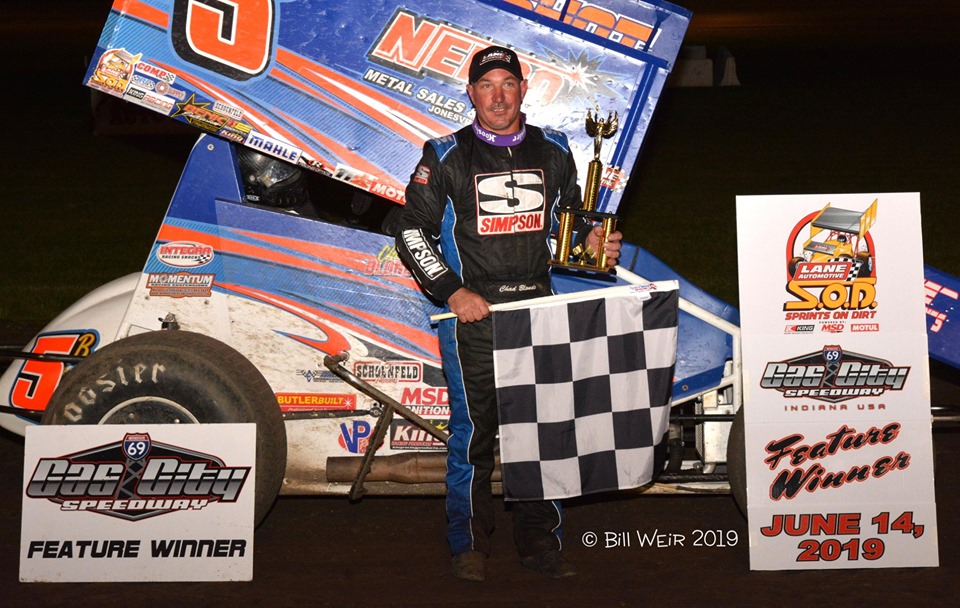 After a slow start, qualifying 4th in his heat group, Blonde regrouped and won the Engler Machine & Tool Heat and the MSD Performance Dash, earning the pole for the feature.  With a mad scramble into turn one on the first lap of the feature, Blonde was shuffled back to 4th as Zane DeVault charged into the lead.  After a couple early cautions, Blonde moved into 2nd on lap 4.  As the leaders got into traffic, Blonde powered into the lead on lap 8 and DeVault got boxed in, letting Blonde drive away.  From there on, Blonde was in full command and survived cautions and reds to take the win.

The big crowd was thrilled by intense racing for 2nd through 5th between DeVault in a car just put together last week, Kody Kinser, Tyler Gunn, and Boston Mead.  Dan McCarron, running in the top 4, was the victim of contact by another car and flipped, bringing out the first red flag.  Reds also were displayed for a Jay Steinebach flip and a near flip by Joshua Turner.

SOD point leader Ryan Ruhl had an eventful night as a mechanical issue prevented him from qualifying.  Ruhl started 18th in the feature and charged ahead only to be the victim of a spin.  Undaunted and restarting at the rear, he quickly moved up, finishing 7th and being the MAHLE / KSE Hard Charger. 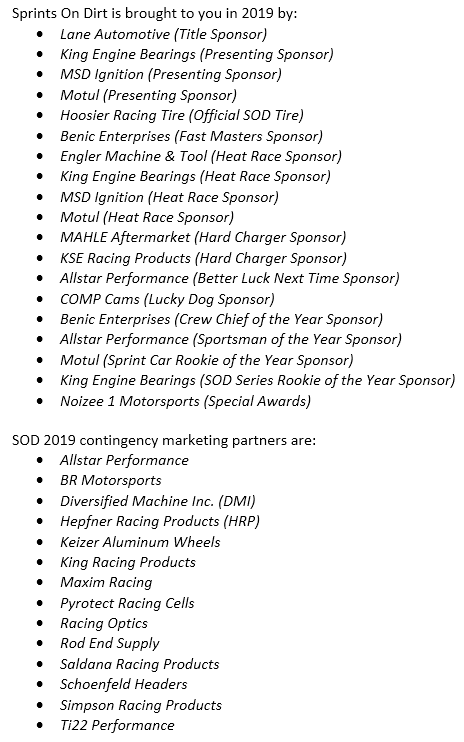