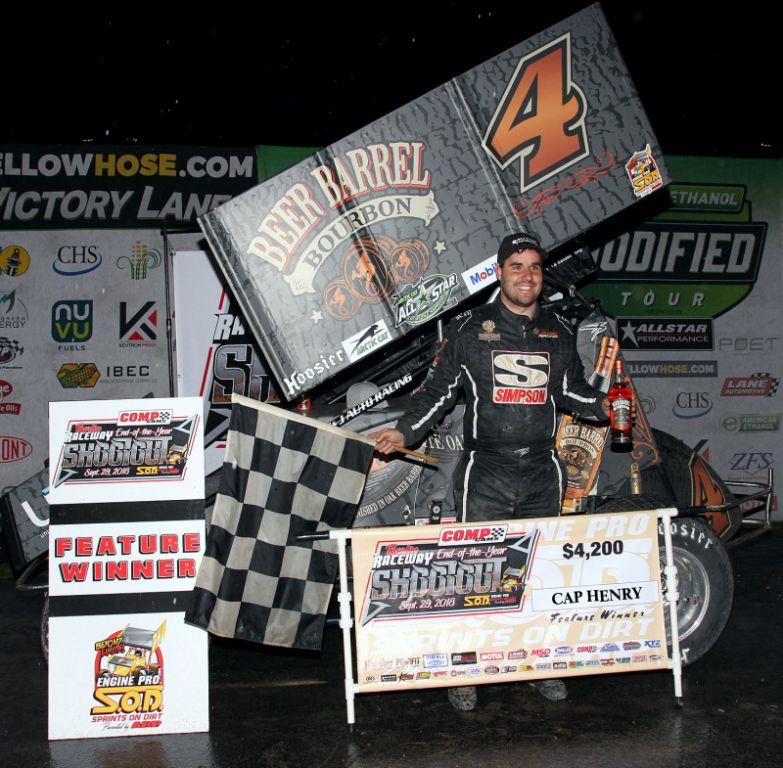 There was nothing easy about the event, to say getting the show in was challenging would be an understatement.  The huge crowd braved frigid temperatures but rain, predicted to move in after 2:00 AM, made an early visit to the raceway.  Before the sprint feature, the AELMT 50-lap feature was halted at 28 laps due to relatively light but persistent rain.  Eventually, after much track prep by the Berlin track crew, the race was completed.  Before the sprints could roll out, rain increased.  Once again, the track crew went to work and the sprint car feature cars showed their determination to race by working the track for 31 laps.  Not wanting to take time to refuel the cars, the feature was reduced to 20 laps from the scheduled 30.

Boston Mead (Onsted, MI) won the B-main.  Andrew Scheid was impressive, motoring around the high side of the track to finish 2nd from his 7th starting position.  Chad Blonde (Litchfield, MI), Steve Irwin (Fenton, MI), and John Gurley (Mishawaka, IN) also transferred to the feature.

Dylan Westbrook Ohsweken Speedway 360 sprint track champion, took the lead at the start of the feature from the pole with Ryan Ruhl right behind.  Westbrook gradually opened up a several car length lead while fifth starter Cap Henry worked his way up to 2nd.  As Westbrook was held up by heavy traffic, Henry was able to charge by him in turn 3 on lap 9.  From there on, Henry was the class of the field taking a commanding lead while Westbrook did his best to hold on to 2nd.  A lap 14 caution gave Westbrook a shot at Henry, but Henry maintained his mastery of the challenging track to cruise to the victory.

As the checkered flag flew over the COMP Cams End-of-the-Year Shootout, the skies opened up; it wouldn’t have been possible to have run two more laps. 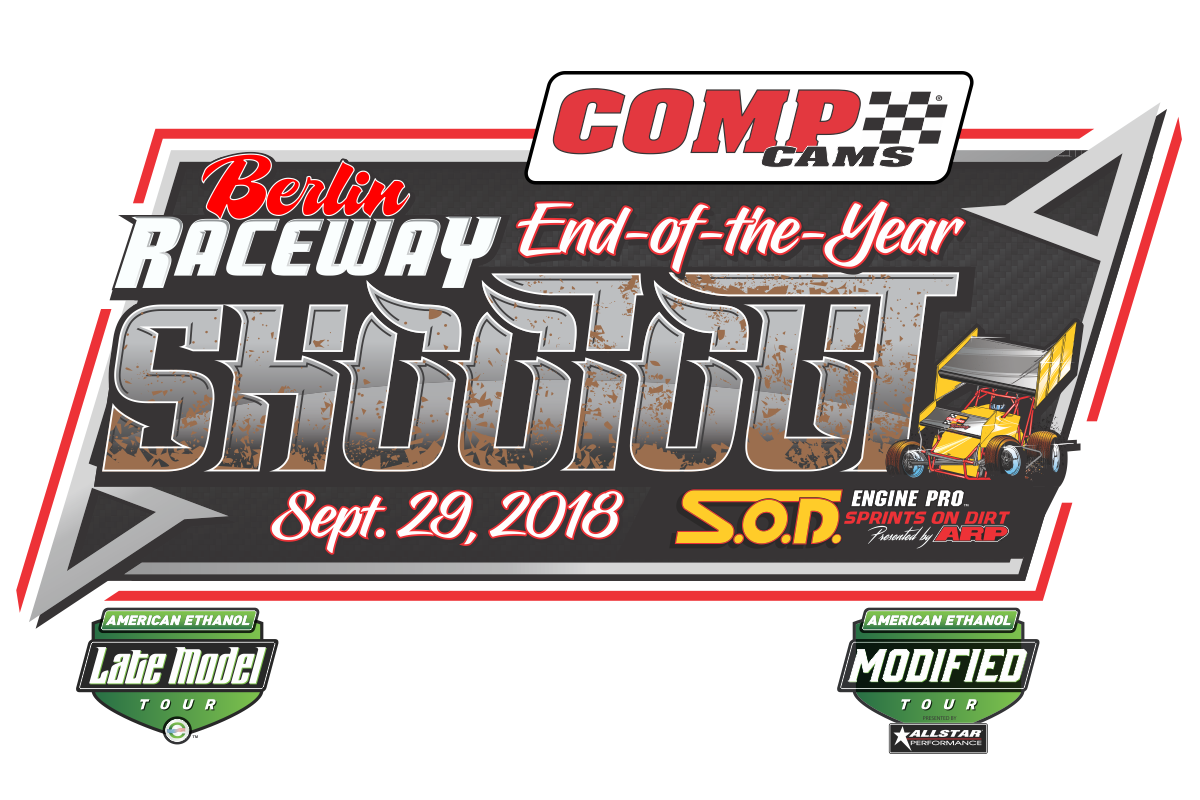 Erie, MI (September 24, 2018) – For the second consecutive year, Engine Pro Sprints On Dirt presented by ARP closes out the season at Michigan’s renowned Berlin Raceway, the most unique venue on the Sprints On Dirt schedule.

The Shootout will pay $4,200 to win and $350 to start for the thirty-lap feature.  Engler Machine & Tool, COMP Cams, RockAuto.com, and Engine Pro will pay $100 to each heat race winner and $30 for second.  Lane Automotive and MSD Ignition will pay $50 to the fast qualifier in each heat group.  $1,500 in contingency cash and awards will be available to competitors.

In case it is needed, a rain date of Saturday, October 6, has been set for the Shootout.

The COMP Cams End-of-the-Year Shootout will bring the curtain down on the 2018 racing season, with only the 2018 awards banquet on tap for Saturday, October 27 at the Battle Creek Holiday Inn, Battle Creek, Michigan.

For more than 35 years, the COMP Cams® mission has never changed: to produce the highest-performing products possible, provide customers with superior service, and to lead the industry in technological development. While the COMP Performance Group™ has grown to multiple companies and hundreds of employees, we still retain the competitive spirit and desire to be the very best that has positioned COMP Cams® as the absolute leader in valve train components.  Visit COMP Cams at www.compcams.com. 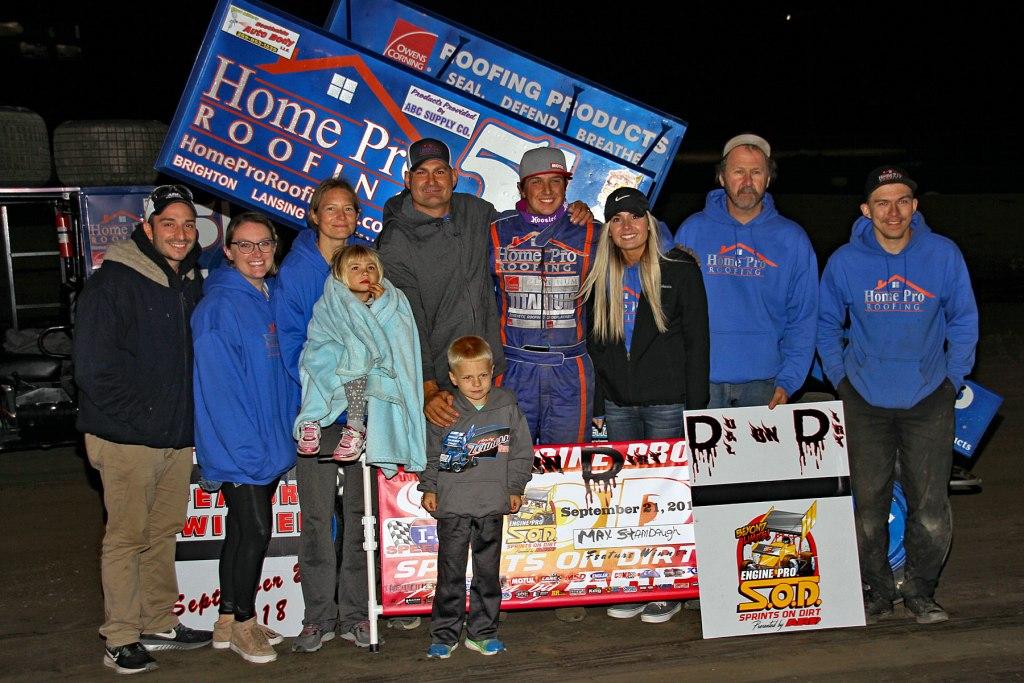 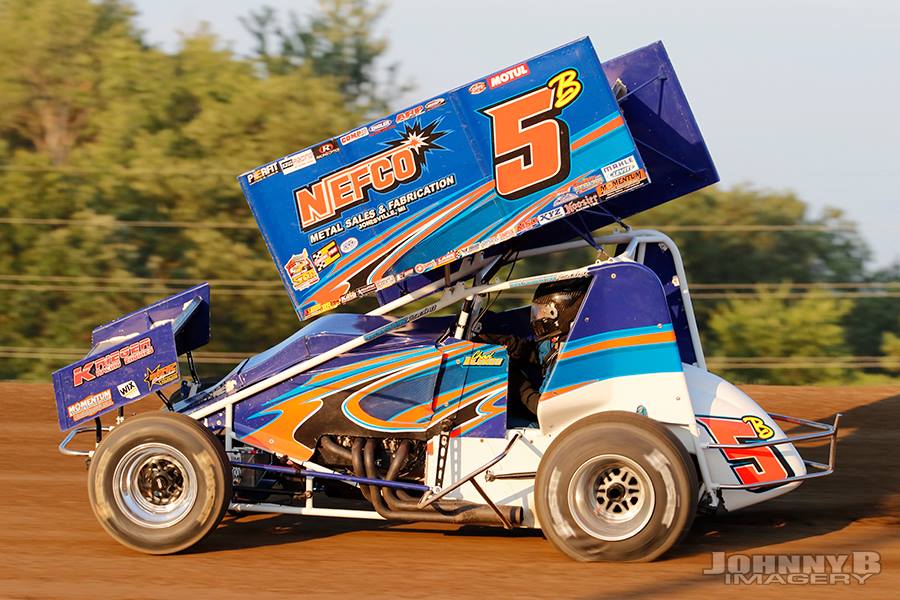 Blonde, in the 5B owned and wrenched by 1999 SOD Champion Sean Robinson, picked up three second place finishes and two thirds in the season’s first five races. Blonde won the first of his four races on July 13th, the season’s second King Engine Bearings King of Michigan race at Hartford Motor Speedway.  Blonde’s worst finish was fourth on July 14th at Crystal Motor Speedway for the MAHLE/Clevite Beyond Limits Challenge race #2.  Besides his July 13th win, Blonde won the KoM race at Hartford on July 22, night one of the Butler Bash/Hog Creek Showdown on August 3rd, and the KoM Championship Race on August 31st.

XYZ Machining Sportsman of the Year and XYZ Crew Chief of the Year will be announced at the awards banquet.

The season championship point fund and all other 2018 mini point funds will be paid out at the family-friendly banquet on October 27th at the Battle Creek (MI) Holiday Inn.  Racers, teams, sponsors, promoters, fans, families, friends are all invited.  Tickets are $35 per person.  Email director@sprintsondirt.com to order yours. 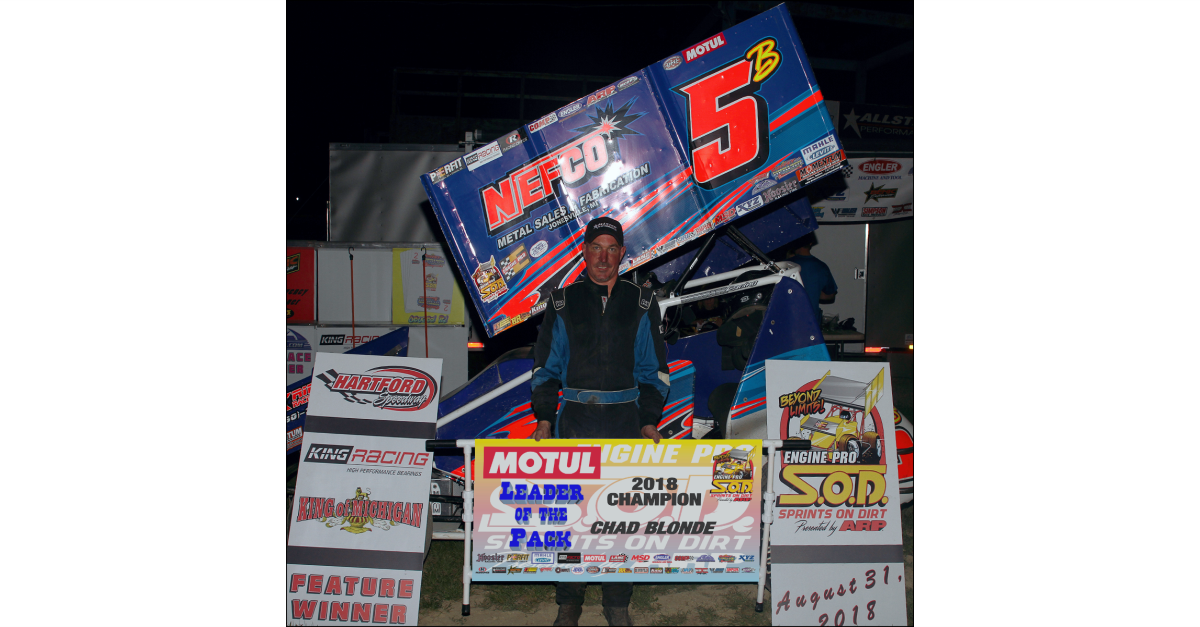