ERIE, MI (April 29, 2018) – If last night’s Engine Pro Sprints On Dirt presented by ARP season opening MAHLE/Clevite Beyond Limits Challenge Race #1 was any indication of what lies ahead, SOD fans will be treated to an exciting, action packed season. 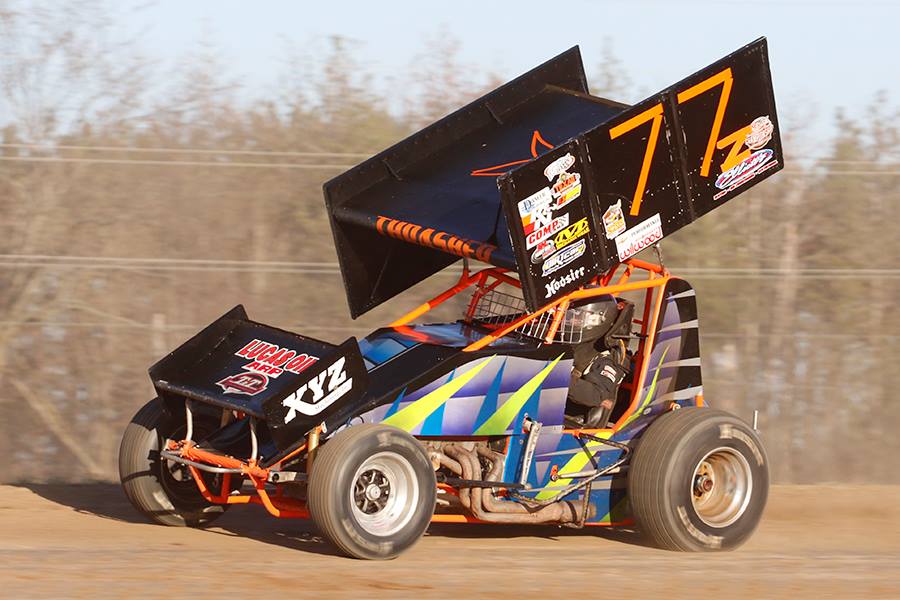 Zane DeVault, Plymouth, Indiana, drove to his first SOD victory by just 0.03 seconds over hard-charging Chad Blonde (Litchfield, MI) and Matt Foos (Fremont, OH).  Not only was the racing exciting, but SOD’s “Beyond Limits” format once again proved itself with DeVault winning with a 360 engine over Blonde’s 410 and 305 of Foos.

The temperature may have been frigid, but the action couldn’t have been hotter!  A huge crowd braved the cold and were rewarded with a “caution-free zone” at Crystal Motor Speedway as the Engine Pro Sprints On Dirt drivers put on a spectacular show that saw the SOD races go without a single caution.

Adam Cruea led the field to the start of the feature but was penalized two rows for jumping the start.  Matt Foos and Jay Steinebach then led the field to the start with Steinebach taking the early lead.  As the leaders quickly encountered traffic, Steinebach slipped high in turn two and Zane DeVault took the lead.  Chad Blonde methodically moved from his sixth starting position into third, then made a late race pass of Foos to take second.  Heavy traffic was a challenge and Blonde closed in on DeVault.  On the last lap, Blonde took the lead in the high line by a couple feet down the back straight, but DeVault was able to squeeze below a lapped car to retake the lead in turns three and four to take the win over Blonde.

Gregg Dalman grabbed overall fast time in his 360 and Ryan Ruhl and Shawn Valenti scored Lane Automotive/MSD Ignition Fast Master fast time for their heats.  2017 SOD Sprint Car Rookie of the Year Andrew Scheid won the Allstar Performance Better Luck Next Time award after fighting gremlins all night, not being able to start his heat, then finishing nineteenth in the feature.