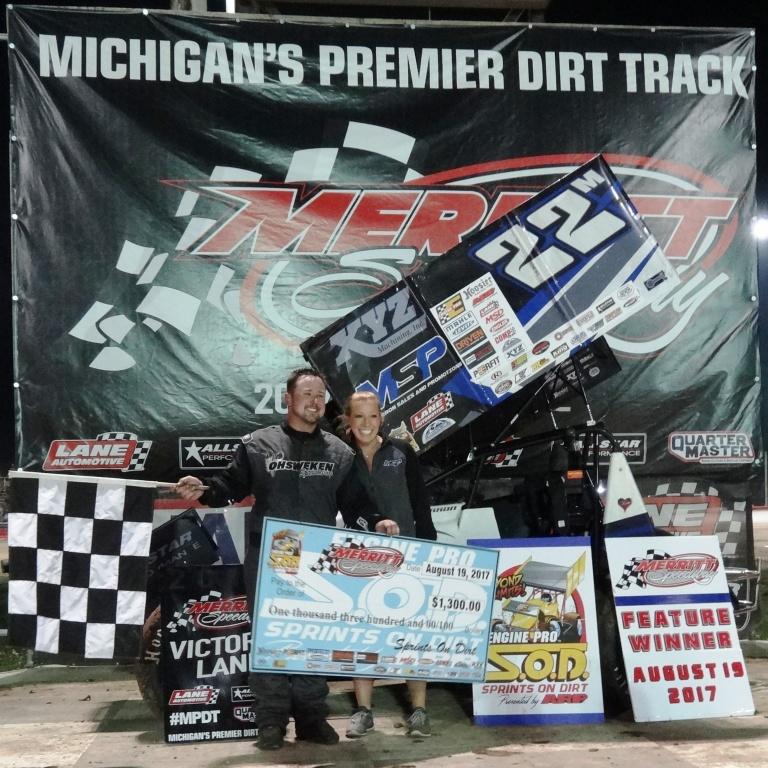 “Danny Mac” started second, but was moved back one row for jumping the start.  All that did was give him a chance to prove he was the class of the field as he took the lead on lap nine.  Thirteen-year-old Andrew Scheid (Sparta, MI), leading SOD sprint car rookie, started on the pole and led the first lap before Gregg Dalman (Bellevue, MI) grabbed the lead.  After McCarron took command, Dalman held second until lap sixteen when Steve Irwin (Fenton, MI) took the position.  At times, it looked like Irwin had the speed in the low groove to overtake McCarron, but McCarron was up to the task and used the middle groove to perfection to pull away.

Lap eighteen saw a quick caution for a spin by Tyler Bearden , then disaster struck for Chris Jones when he flipped while trying to evade a spinning Mike Burkin.

Ryan Ruhl and Thomas Schinderle also looked like they could challenge for the win, but finished third and fourth respectively.  2016 SOD champion Brian Smith finished fifth.

Steve Irwin did double duty and won the non-winged portion of the Allstar Performance Open Wheel Spectacular over Brian Smith.