After being rained out Saturday, Engine Pro Sprints On Dirt presented by ARP headlined the first-ever race on Fort Wayne, Indian’s Baer Field Motorsports Park new dirt track on Sunday night for the first race of SOD’s MAHLE/Clevite Beyond KLimits Challenge five-race series.  Numerous facts about the event make it a truly historical event for both Baer Field Motorsports Park and Sprints On Dirt.

New ¼ mile trrack
The track crew put out a massive effort to make sure the Sunday race could take place.  Several inches of rain resulted in the track being referred to as “Baer Lake” Sunday morning, then more rain came.  The infield was pumped out and against all odds, the track was prepped for racing.  Promoter Dave Muzzillo could have easily thrown in the towel, but was determined to get the race in. 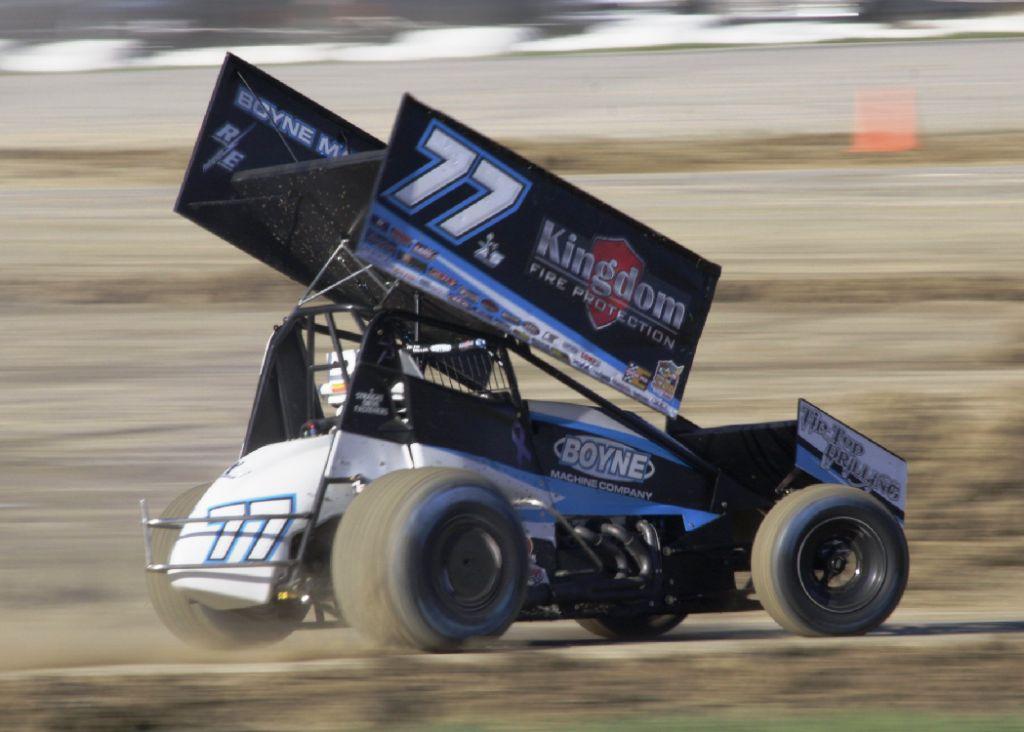 Thirteen-year-old Andrew Scheid, SOD sprint car rookie of the year contender, raced a full-size sprint for the first time and drew many compliments.  After qualifying seventh in his heat group, Scheid finished last in his heat.  He then grabbed a fourth in the B Main to advance to the feature where he finished eighteenth, dropping out early in consideration of the fast field.  Andrew dodged a few incidents that developed in front of him.  He even executed a successful 360 degree spin to avoid a car that had spun to a stop in front of him.

Scheid has extensive racing experience and numerous wins in karts and lightning sprints.

Diverse field
The SOD “beyond limits” format continues to have broad appeal for race teams from many segments of sprint car racing.

Winner Valenti and Dan McCarron are currently regulars in the 410 class at Attica Raceway Park and Fremont Speedway.  Valenti has has had great success in thunderstocks and dirt trucks in Ohio and Indiana.

4th place Thomas Schinderle previously raced modifieds, then was a regular in the Attica/Fremont FAST 305 class. 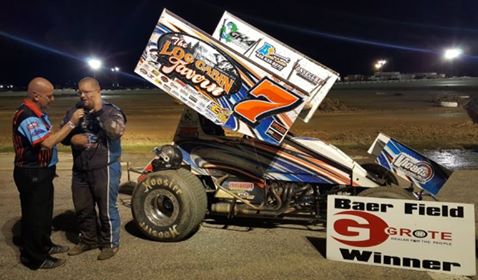 Prieur has been a hockey referee for 24 years.  He has also been the color commentator for an Ontario Hockey League game.

Prieur has been announcing since 1989.

SOD competitors got their first look at the MCRP safety crew.  They were quick to assist in any on-track incidents.