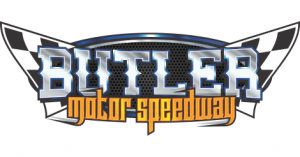 Butler Motor Speedway and Engine Pro Sprints On Dirt presented by ARP, have teamed up for three races in 2017.  The first Butler Motor Speedway Sprints On Dirt race will be on June 17th during the first Michigan International Speedway NASCAR weekend, followed by the second race on July 22nd.  The last SOD race will be the 2nd day of the Butler Bash on August 12, during the second MIS NASCAR weekend.

Butler Motor Speedway, recognized as the birthplace of sprint car racing in Michigan, has been where many of the state’s top sprint car drivers started their careers.  Coldwater, Union City, Litchfield and surrounding towns have been home to many sprint car standouts.  None are better known than legendary driver Denny Donaldson who will be into his twenty-first year as owner of Butler Speedway in 2017.

Donaldson and promoter partners Bob and Karen Garrett are continuing the speedway’s rich history as the home of weekly sprint car racing in Michigan, and Engine Pro Sprints On Dirt presented by ARP is excited to again partner with the speedway in 2017.