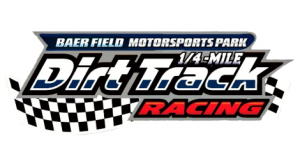 Baer Field Motorsports Park officials announced today that Engine Pro Sprints On Dirt presented by ARP will headline the inaugural race on the new 1/4 mile dirt track under construction within the infield of the track’s current 3/8-mile pavement oval.

The 1/4 mile track adds numerous new possibilities to the existing 3/8 mile paved oval and 1/6 mile dirt track.  A small, specials-only schedule will be announced in the coming weeks for the new track.

It takes a lot of work to construct and operate a new dirt track, but promoter Dave Muzzillo is up to the task.  He has the background and experience of track management and operation with the existing tracks; he also has knowledge of dirt track preparation with the 1/6 mile track.

The race will give Northeastern Indiana race fans an opportunity to see the popular Engine Pro Sprints On Dirt presented by ARP series in their own area.  The new Sprints On Dirt “beyond limits” format of no engine limits and no weight limits was impressive last year .  Competitors and fans alike have embraced the exciting racing it has created.  The top five drivers in 2016 points came from five different segments of sprint car racing the year before, showing the wide spread appeal of SOD.

For more information regarding 2017 schedules for all the tracks located at BFMP, visit the website www.baerfieldmotorpark.com and the Baer Field Motorsports Park Facebook page.