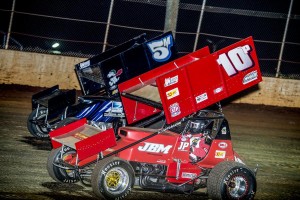 Albuquerque, NM – (August 10, 2015) – With hot weather in the south the JBMotorsports 10P team are heading north for cooler weather and a chance to invade NRA/SOD territory. First stop will be Jim’s first visit to Limaland Motorsports Park on Friday for the NRA season final race of the year. Secondly on Saturday night will be a second new track as the team will travel over to Plymouth Speedway in Indiana for the Sprints on Dirt regular show. The last time Jim got to run against front runner Ryan Ruhl was at the Winternationals during East Bay Raceway speedweeks. Jim now resides in Albuquerque, NM and will be making the trip North to invade and take on the best that both NRA and SOD have to offer. Come out and meet the team.