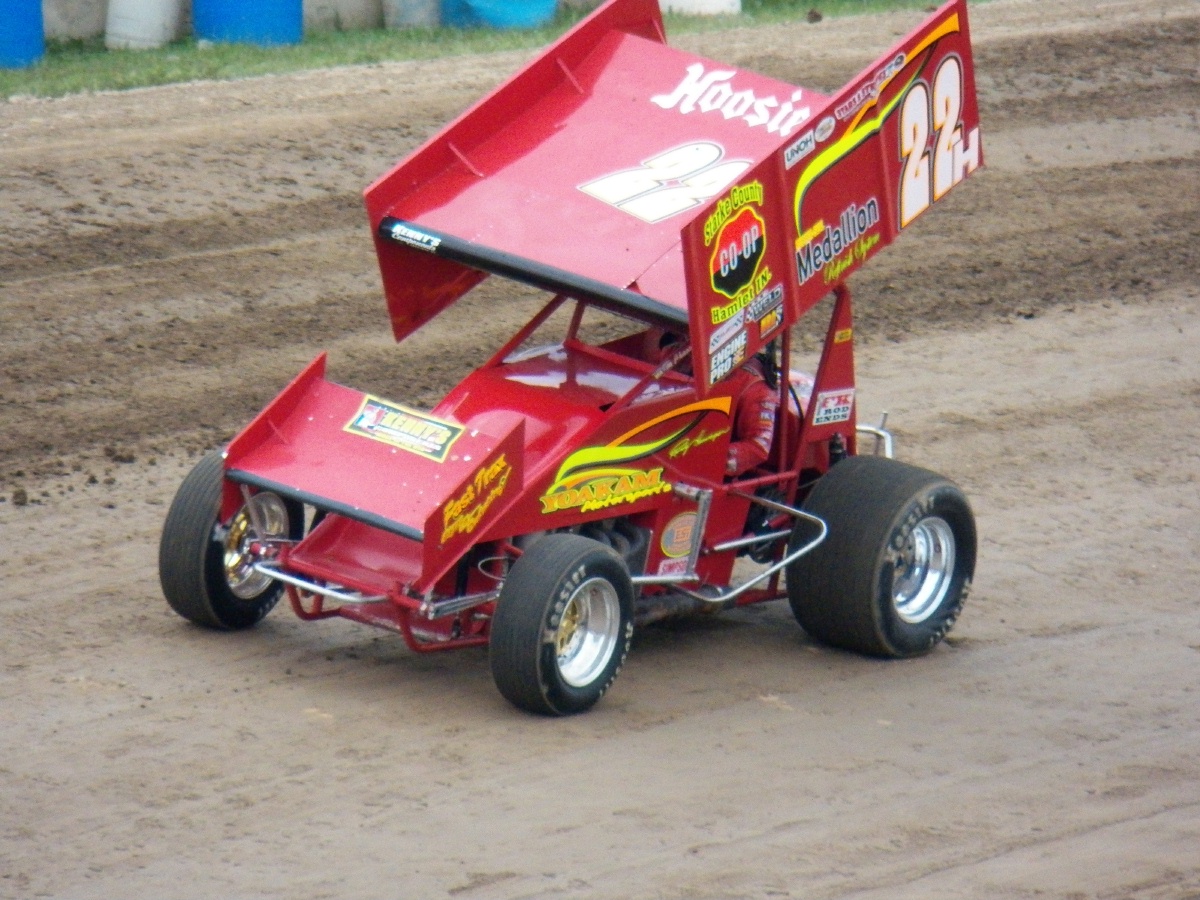 Randy Hannagan is on a roll again. Saturday night at Crystal Motor Speedway he picked up the 33 lap Engine Pro ASCS Sprints on Dirt presented by ARP feature that was co sanctioned with the Ohio based NRA

Randy Hannagan is on a roll again. Saturday night at Crystal Motor Speedway he picked up the 33 lap Engine Pro ASCS Sprints on Dirt presented by ARP feature that was co sanctioned with the Ohio based NRA. Hannagan had won four straight features early in the season but had cooled off some as of late. The 33 lap challenge was a celebration of the 33rd year of Sprints on Dirt competition and Crystal has been part of that with at least one or more SOD events all 33 years. The huge crowd was on their feet showing appreciation of the four wide parade lap with a rousing cheer prior to the green flag.

Hannagans teammate , Dennis Yoakam started on the pole along side of Beau Stewart. Yoakam lead the initial two circuits but the 11x of Tim Allison stopped in turn four bringing out a early caution. On the restart Hannagan(who started 3rd) charged into the lead with Yoakam trailing and a very fast Gregg Dalman 3rd, Stewart and Dustin Daggett following.

At the 10 lap mark Hannagan was leading a still strong Dalman, Dustin Daggett, Yoakam and Stewart. Kyle Sauder now was moving up as was Ryan Grubaugh and Ryan Ruhl. Lap 19 saw the yellow fly for Beau Stewart in turn two. Just as the green was about to appear, Gregg Dalman dropped out, thus ending his great run. Now Daggett was 2nd with Grubaugh, Yoakam and Ruhl the top five. Hannagan was masterful negotiating lapped traffic throughout the feature.

The top five cars remained the same and on lap 32 cauton flew once again this time for Joe Geibe. The green and white came out but Hannagan was not going to be caught on this night as Dustin Daggett, Grubaugh, Yoakam and Ruhl rounded out the top five.

A great field of 36 sprint cars filled the pits with heats going to Hannagan, Yoakam, Tim Allison, Gregg Dalman and Beau Stewart, Two B Mains were needed and went to Steve Irwin and Hud Horton. Kyle Sauder won the dash.

Additional information regarding the American Sprint Car Series is available at www.ascsracing.com.

Heat Races (Top # Finishers Transfer to the “A” Feature)