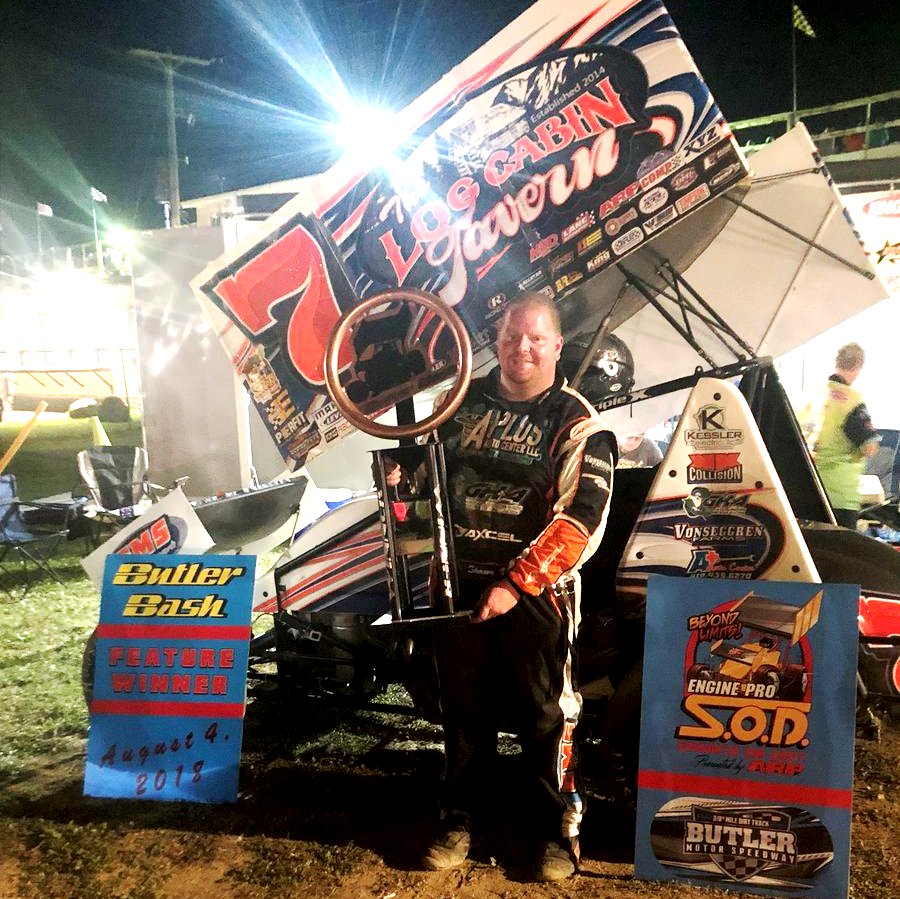 The feature line up set the stage for an exciting race with Valenti, 2nd in SOD points, on the pole and point leader Chad Blonde on the outside of the front row.  Valenti took the lead at the start but was under tremendous pressure from Blonde who threw everything he had at the leader searching for a faster groove.  Valenti found a line that was best and stuck with it flawlessly to stay out front.  Traffic was a challenge for the leaders with Valenti having a little easier time of it than Blonde.  Late race restarts showed Valenti was in command for the win.

Josh Turner brought out the red flag on lap 12 when he flipped over the top of the track in turn four.  Ryan Ruhl, running 3rd through the first half of the race, dropped out with mechanical issues on lap 17.  Daryl Shaffer flipped hard at the end of the front straight and Boston Mead stopped with a broken shifter on lap 19.  Mead restarted on the rear and charged to a 5th place finish.  As the checkered flag flew, Ricky Ferkel climbed over Thomas Schinderle’s tire and flipped off of turn 2.