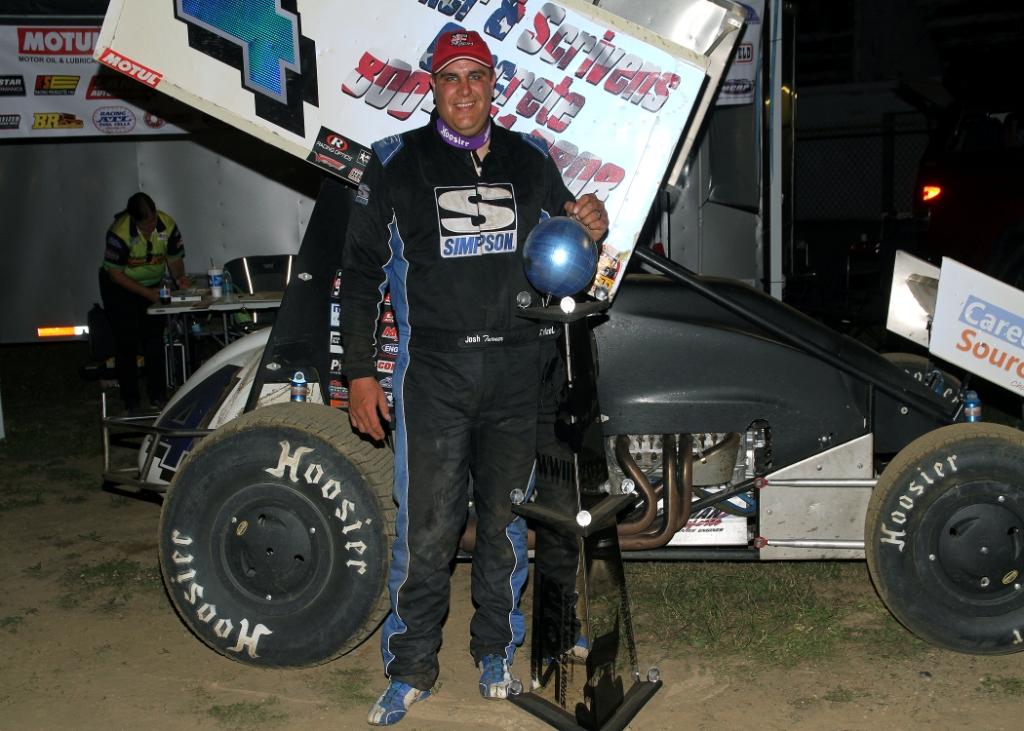 Turner started on the pole for the feature with Shawn Valenti.  Valenti took the early lead as Turner was down to third by the end of the first lap and eventually fell to fifth place.  On lap seven, Chad Blonde blasted by Valenti who dropped to fourth by lap 13.

While there was plenty of action up front, all eyes were on Ryan Ruhl.  Ruhl, forced to start twentieth due to a heat race issue, made an impressive charge to fifth by lap twelve before a cut right front tire ended his race early.  It was deja vu with a flat tire taking Ruhl out of contention at the Butler SOD race on May 19.

Meanwhile, back up front, Turner was searching for a way to correct his backslide.  In fifth place on lap nine, Turner moved to fourth on lap ten, third on lap 13, and second on lap 16.  On lap twenty-two, Turner charged past Chad Blonde and withheld cautions and Blonde’s attempts to retake the lead, driving off to a three-car length win.