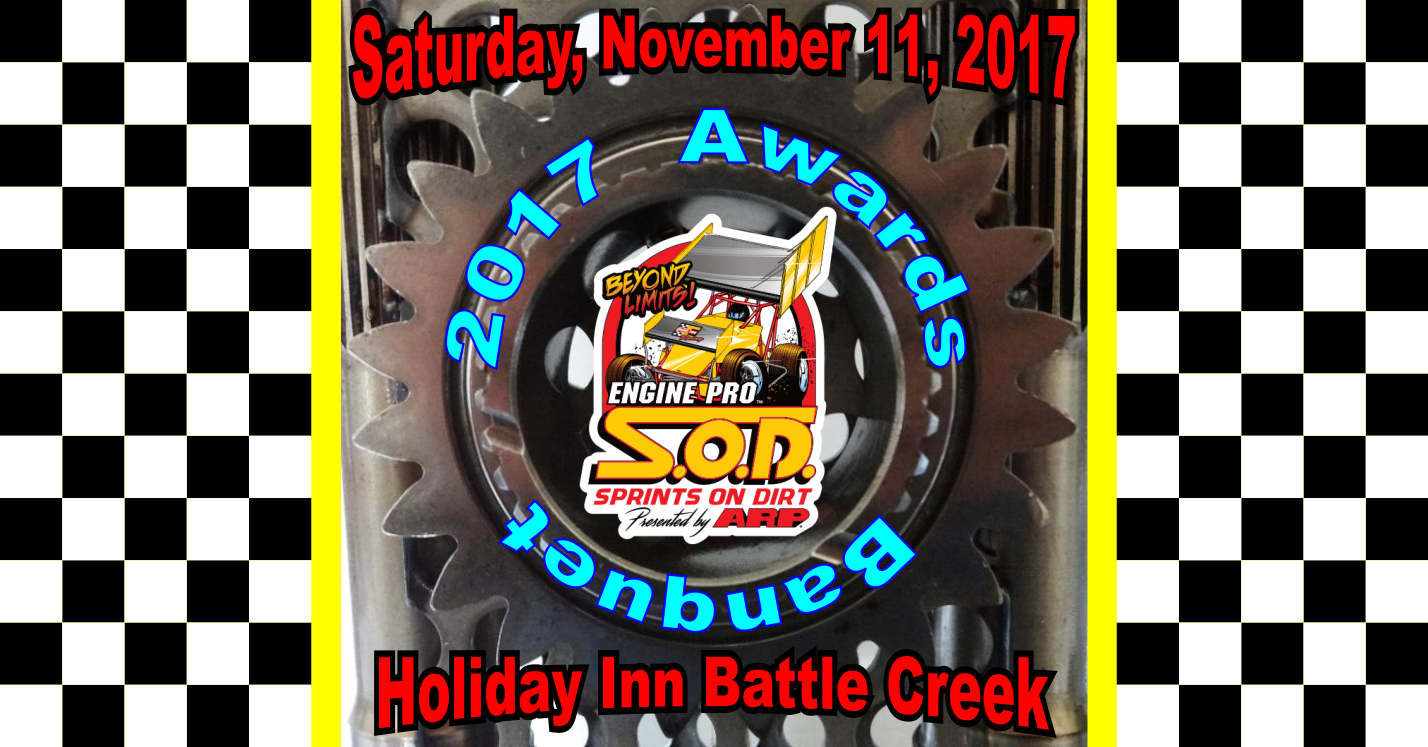 As announced a few weeks ago, the 2017 Engine Pro Sprints On Dirt presented by ARP Awards Banquet will take place at the Battle Creek (MI) Holiday Inn on Saturday, November 11th.

The top 12 finishers in season points will receive a portion of the championship point fund as well as contingency products and awards if they attend the banquet.

Thomas Schinderle will be honored as The Perfit Corporation Sprints On Dirt Series Rookie of the Year for the top finishing driver who has previous sprint car experience, but ran their first season with Sprints On Dirt.

Andrew Scheid will be honored as The Perfit Corporation Sprints On Dirt Sprint Car Rookie of the Year for the top finishing driver who is a first-year sprint car driver.

2017 points money consists of the season championship point fund, the MAHLE/Clevite Beyond Limits Challenge, the King Engine Bearings King of Michigan, and the Driven Racing Oil Battlegrounds Bash.  The top 5 finishers in each of the 3 season mini-series will also be recognized at the banquet.

Everyone is invited to attend the banquet.  Tickets are $35.00 per person and must be purchased by October 30th.  For full banquet information and to order tickets, click here.

Would you like to sponsor a trophy?  Call 734-309-RACE (7223) or email director@sprintsondirt.com for more information.