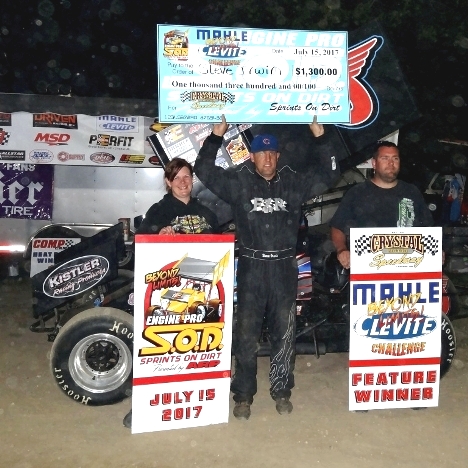 With the final points race in the books, Steve Irwin (Fenton, MI) has earned the 2017 Engine Pro Sprints On Dirt presented by ARP championship.  The Flying Zero team of Irwin, car owner/wife Adrianna, and crew chief Nathan Whitney put together a consistent season in their Krieger-powered Maxim Flying Zero, finishing in the top seven in fourteen races while dropping out of one.

Irwin isn’t unfamiliar with championships.  This is his second SOD championship, having won the first in 2001.  He also won the 2007, 2009, 2010, and 2014 non-wing, dirt Michigan Traditional Sprints championships and the 2014 Spartan Speedway non-wing pavement championship.  Irwin has 49 feature wins.

Thomas Schinderle finished second in the championship chase and earned the Perfit Corporation Series Rookie of the Year title as the highest finishing driver with previous sprint car experience but a first-time SOD regular. 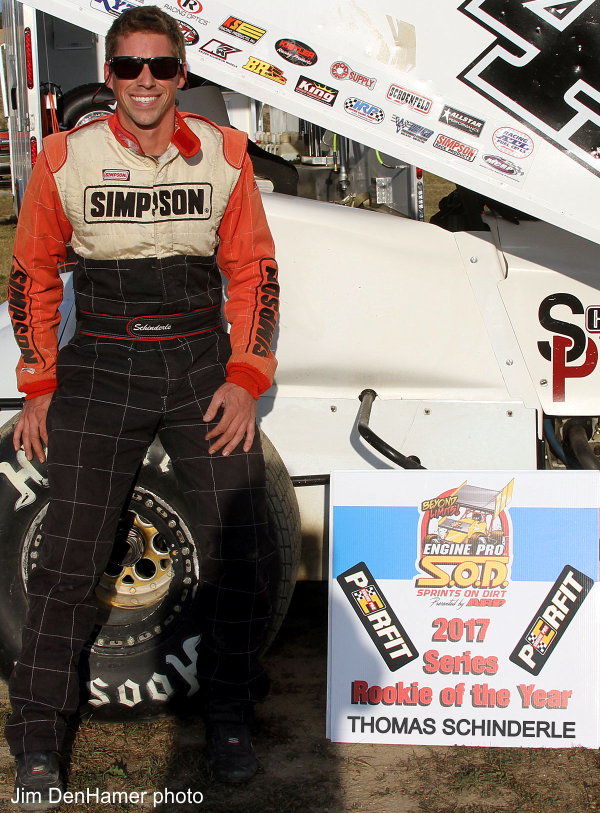 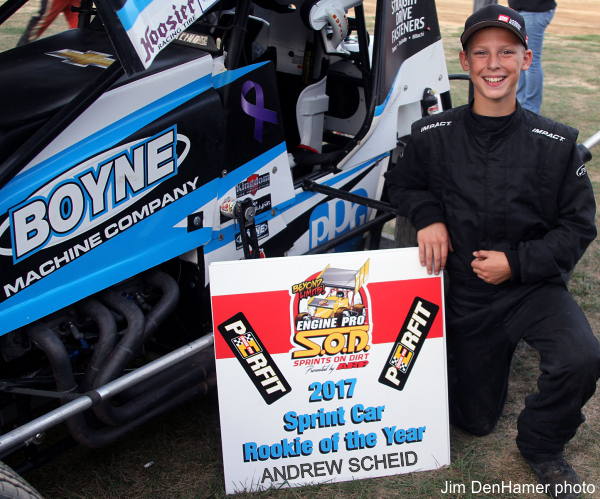 Irwin’s championship has earned him a guaranteed starting spot in the COMP Cams Great Lakes Sprint Car Classic at Berlin Raceway on Saturday, September 30th that will bring the 2017 season to a close.

The top twelve drivers in points have earned a share of the point fund that will be paid to drivers that attend the 2017 Engine Pro Sprints On Dirt presented by ARP Awards Banquet.  It will be held at the Battle Creek Holiday Inn, Battle Creek, Michigan, on Saturday, November 11th.  Eligible drivers are:

Want to celebrate the 2017 season at the family-friendly banquet?  Racers, teams, sponsors, promoters, fans, families, friends are all invited.  Tickets will be $35 per person.  Email director@sprintsondirt.com to order yours.

Meet Engine Pro at www.enginepro.com.  For more information about ARP, go to www.arp-bolts.com.  Follow SOD at www.sprintsondirt.comand on Facebook at www.facebook.com/sprintsondirt.