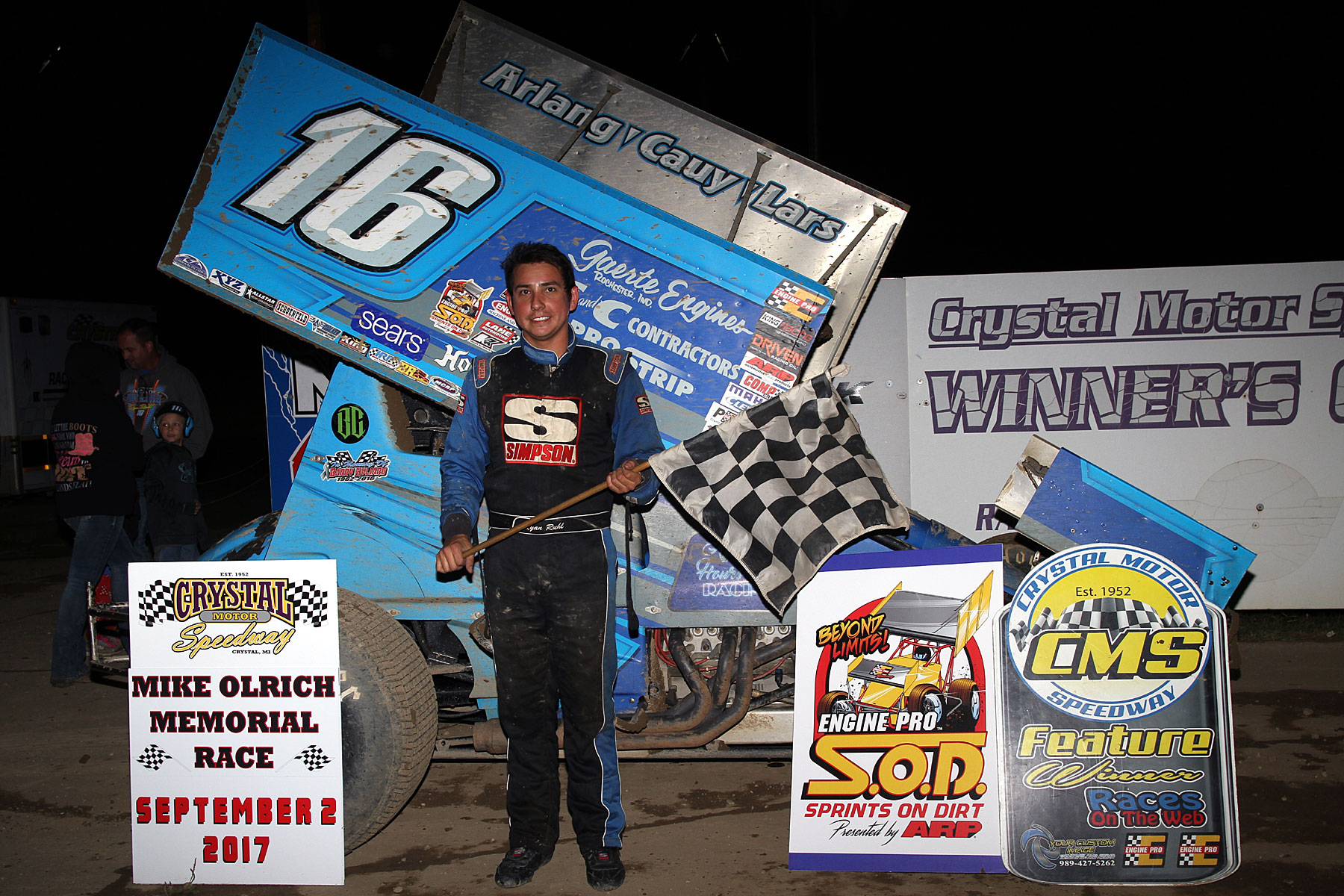 The speedway was the scene of an epic battle; there was also an impressive race too!  Track owner/promoter Ron Flinn went toe-to-toe for control of the track surface with Mother Nature.  Flinn, who takes pride in his track prep, was challenged after SOD heats but before the SOD feature.  Determined to win out, Flinn went to work bringing back the lost race surface.  Crystal’s track prep vehicles/push trucks went to work on track.  All 22 SOD cars then took over and wheel packed the track.  Everyone was rewarded with a lightning-fast, fan-pleasing track.

Jay Steinebach and Brett Mann led the field to the green with Mann taking the initial lead.  It was immediately obvious that the packed house was going to be treated to an all-out speed fest.  Lapped traffic quickly made the leaders work hard, and Steinebach took advantage of a Mann check up to grab the lead.  4th starting Ruhl took the lead on lap seven though, and drove off into another time zone, expertly slicing through traffic.  Steinebach faced a little pressure first from Mann, then from Dain Naida, but eventually opened up a comfortable gap.  Mann got back by Naida on the last lap to claim 3rd.