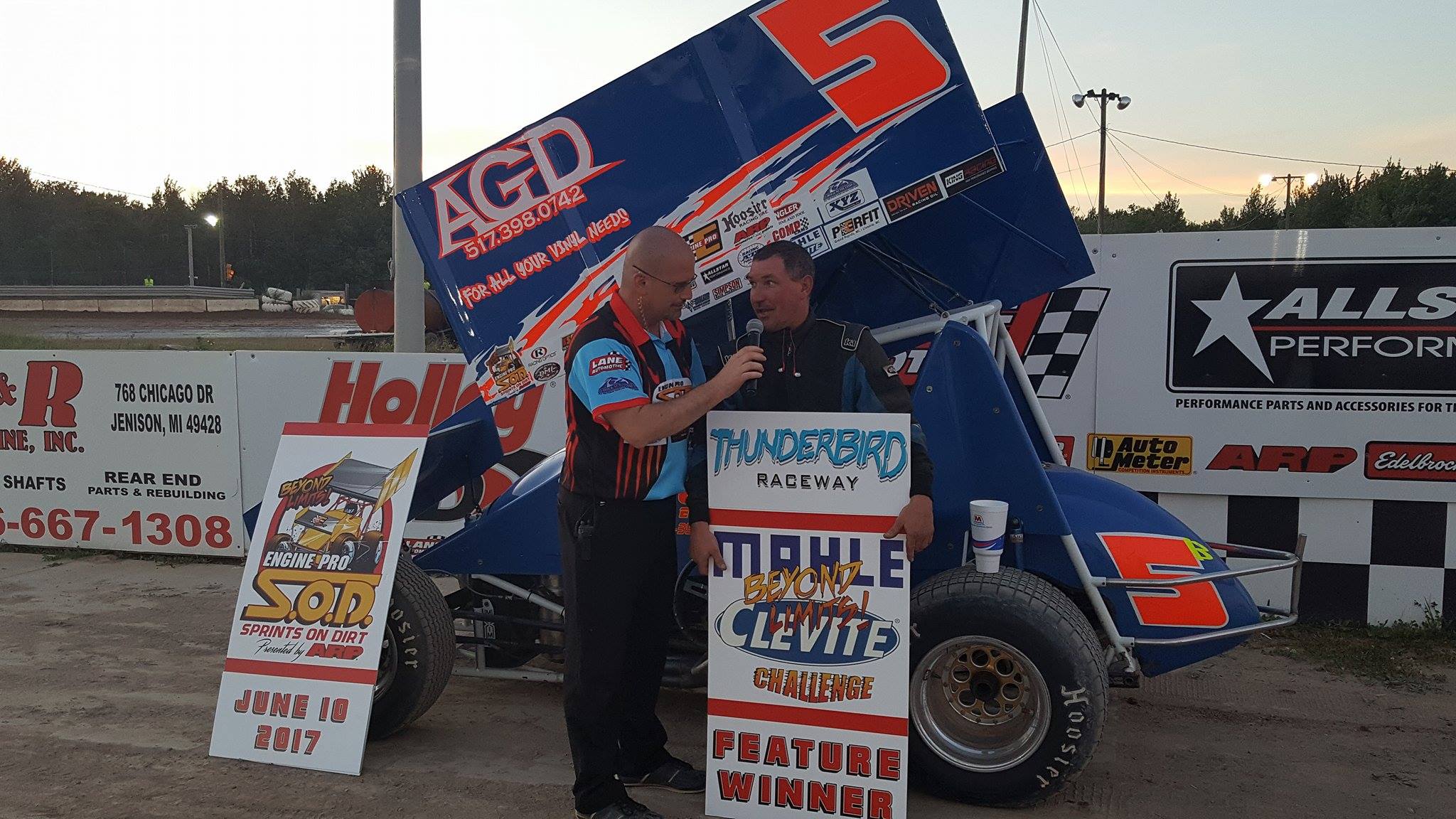 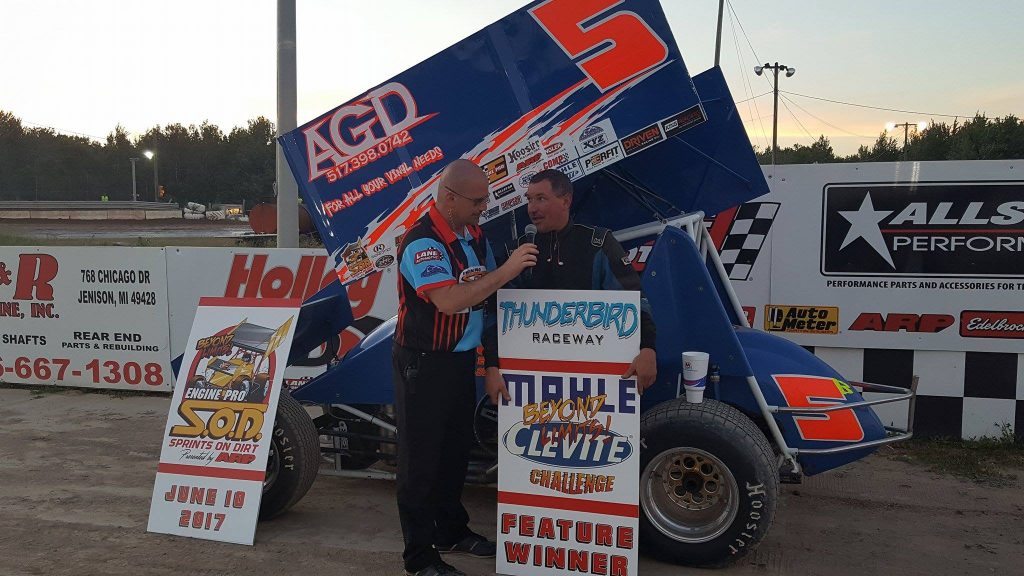 Engine Pro Sprints On Dirt presented by ARP made their only 2017 appearance at Thunderbird Raceway and Chad Blonde took the win in the MAHLE/Clevite Beyond Limits Challenge 25-lap feature in front of an enthusiastic, full house.

Just like the night before, hot, windy weather challenged Thunderbird Raceway owner/promoter Tom Sprague to give racers a good track, and even with an 11:0 PM curfew, Sprague was up to the challenge.

The night started out with Andy Chehowski getting into the turn two wall in the first qualifying session and flipping hard; extensive damage ended his night.  Robert Huisken caught the wall in just about the same spot in his qualifying session and also flipped; Robert was able to make repairs before the feature.

Blonde used his outside front row starting position to take an easy win in the Engler Machine & Tool heat race over Joe Swanson.  Gregg Dalman also made good use of his second place starting position in the COMP Cams heat race to take the win over Thomas Schinderle.

Thomas Schinderle started on the pole of the feature and jump out to a quick lead.  As expected, it didn’t take the leaders long to get into traffic on the racy ¼ mile oval.  Once in traffic, second place starter Irwin challenged Schinderle several times but couldn’t pull off a pass for the lead.  The race ran caution-free until lap twenty for a spin in turn 3 by Ricky Ferkel.  It turned out to be the major turning point in the race as Schinderle, who was enjoying a several car length lead over Irwin and a straight away lead over Blonde, who started eighth,  saw his advantage disappear for the restart.

38-year-old Blonde, the veteran driver from Litchfield, Michigan, in his #5B Flint Truck Service/Maxim Chassis/Krieger Racing Engines ride, went to the top side of Tom Schinderle and a lapped car going into turn one on the white flag lap to make the winning pass.   Schinderle settled for second with current points leader and 2001 Engine Pro Sprints On Dirt presented by ARP Champion, Stevie Irwin, Joe Swanson and 1999 SOD Champion, Dain Naida completing the top five.