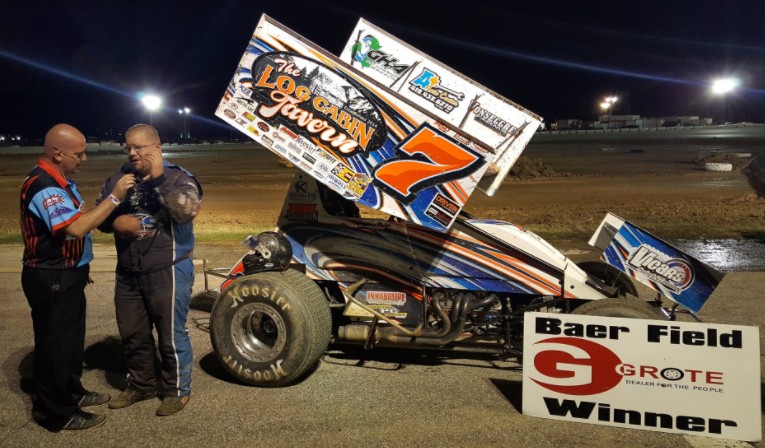 The first race on the Baer Field Motorsports Park new ¼ mile track was originally scheduled for Saturday.  Unfortunately very heavy rains turned the track into something referred to as “Baer Lake,” but promoter Dave Muzzillo didn’t give up and surprisingly was able to get the track in shape for the Sunday rain date.

Mark Aldrich, Brett Mann, and Thomas Schinderle were Lane Automotive/MSD Ignition Fast Masters for their respective heats.  Landon Simon won the Engler Machine & Tool heat after a lap one flip by Greg Wheeler that ended his night early.  Brett Mann won the COMP Cams heat, and Dain Naida won the RockAuto.com heat.  Dan McCarron took the win in the B-Main.  2015 SOD Champion Gregg Dalman encountered mechanical problems and was unable to resolve them at the track.

Four laps into the feature, Mark Aldrich and Brett Mann came together between turns 1 and 2, ending their night.  Due to an extended red period, the field was allowed to add fuel. 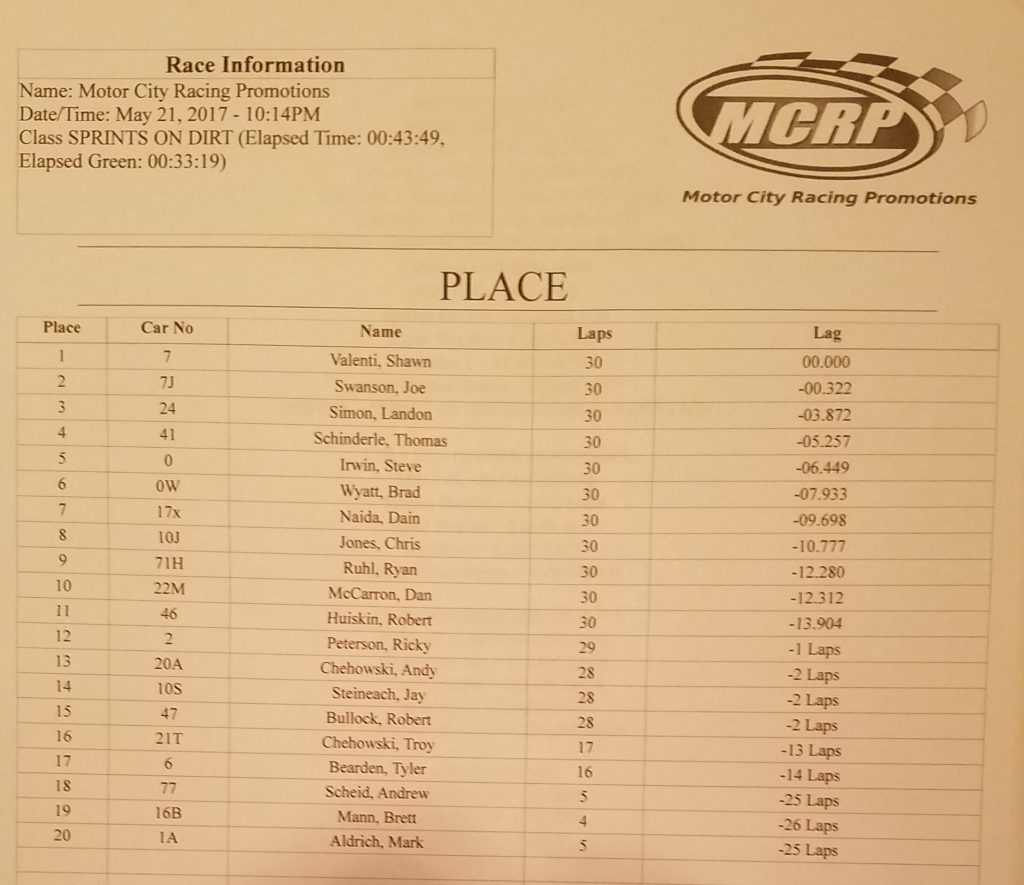