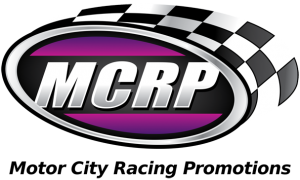 Motor City Racing Promotions (MCRP), based in Rochester Hills, Michigan, continues to expand its’ reach throughout the Great Lakes region of the United States.  MCRP provided motorsports officiating services for the Engine Pro Sprints on Dirt presented by ARP, teaming up with long-time SOD event manager Pat Holzinger and chief pit official Roger Holzinger in 2016, and that won’t change for the upcoming 2017 campaign.

New for the 2017 season between MCRP and SOD will be the expansion of the Media Relations Department headed by MCRP’s Chief Communications Coordinator, Matt Prieur, beginning with the second and third races of the upcoming season on Friday, May 19th at Hartford Speedway in Hartford, Michigan, for the first King Engine Bearings King of Michigan race. Then on Saturday, May 20th at Baer Field Motorsports Park in Fort Wayne, Indiana, for the MAHLE/Clevite Beyond Limits Challenge Race #1. The Columbus, Ohio, resident will oversee aspects of Media Relations while also serving as the new Voice of SOD for over half of the scheduled events in 2017.

“We’ve worked diligently over the off season, continuing to improve upon our officiating program for SOD and we are very excited to announce this media relations expansion project” stated MCRP President, Scott Menlen. “Some of our primary goals with this project are to enhance the fan experience at SOD events and increase the amount of social media coverage of the events benefitting fans both at the event and those who cannot attend” Menlen added.

“Looking forward to working with SOD as well as all of the great teams within the SOD organization.” added Prieur, “I remember as a kid watching John (Naida) race his #9 at Auto City (Speedway in Clio, Michigan), back when it was dirt (track was paved in May 1986) and became a huge fan. Now I get to work side by side with him for most of the shows in 2017. Really excited and can’t wait for May 19-20th to get here.”

The 2017 season for SOD begins on Saturday, April 29th at Crystal Motor Speedway in Crystal, Michigan. For more information about the Engine Pro Sprints on Dirt presented by ARP, please visit: www.sprintsondirt.com.  You can also follow the series on Facebook at: facebook.com/sprintsondirt .  For Twitter, head over to: @SprintsOnDirt .  To learn more about Engine Pro, go to www.enginepro.com.  For more information about ARP, go to www.arp-bolts.com.

MCRP also provides motorsports officiating services for the American Ethanol Late Model Tour, American Ethanol Modified Tour presented by Allstar Performance and the flagship series, the Midwest Indoor Racing Series, To learn more about Motor City Racing Promotions, go to the MCRP website at: www.motorcityracing.co or the Facebook Fan Page for MCRP at: facebook.com/motorcityracingpromotions.  You can also follow MCRP on Twitter at: @MCRP_Racing