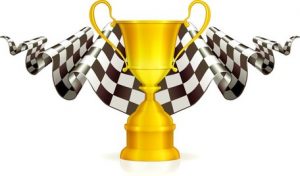 Here is your chance to be a part of sprint car history!  Trophy sponsors for first season of the new, unlimited 2016 Engine Pro Sprints On Dirt presented by ARP final point positions 2 through 5 are available at $ 100.00 each and for positions 6 through 12 at $80.00 each.

Sponsors will be recognized at the banquet and have their name or company name placed on the trophy.  They will be included in awards banquet press releases and will receive a framed certificate of appreciation.

Please contact Sprints On Dirt at director@sprintsondirt.com or 734.309.RACE (7223) by October 14th for more information.

The 2016 SOD Awards Banquet will be at the Holiday Inn Battle Creek in Battle Creek, Michigan on Saturday, November 5th.

Banquet tickets are available for $35.00 per ticket until the deadline of October 24th.