With the below announcement of Hoosier Racing Tire as the official series tire of Engine Pro Sprints on Dirt presented by ARP, SOD competitors will immediately benefit from the new agreement through a significant decrease in tire prices from 2015 tire prices.

Tires can be purchased from your preferred Hoosier Racing Tire dealer and from Sprints On Dirt. 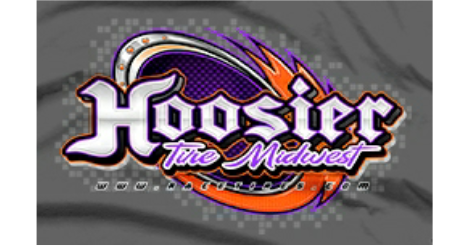 Springfield, IL. (January 30, 2016) – Officials from Hoosier Tire Midwest announced today the extension of Hoosier Racing Tire as the official series tire of the Engine Pro Sprints on Dirt presented by ARP. The new agreement extends the sponsorship of the Sprint Car Series through the 2016 season.

The series has released the 2016 schedule which includes thirteen race dates at seven different tracks. Included in the 2016 schedule are five two-day weekends that have become more popular with competitors and fans.

Sprints on Dirt Series President John Naida stated  “We are looking forward to a very successful season as we transition to our new format that we expect to not only help SOD build a secure future, but Hoosier Racing Tire and all of sprint car racing as well.  Our intent is to help competitors continue to race and to bring new people into the sport.  To our surprise, we have already been contacted by two people getting into sprint car racing for the first time; they plan on racing with SOD. I have to thank Neil Cowman for working with me to achieve our goal of equalizing competition through the selection of the proper tires.  I knew what I wanted, and Neil helped ensure that we had the tires we needed.”

Naida also stated that “Our new direction would not have been possible without the support of Hoosier Racing Tire and Hoosier Tire Midwest, our distributor.  I thank everyone at Hoosier, especially Neil Cowman and Craig Cowan.”

Hoosier Tire Midwest General Manager Terry Young welcomes the group’s return for the 2016 season and looks forward to growing the series with interest of new competitors.

Hoosier Tire Midwest, Inc., is the largest distributor of racing tires for Hoosier Racing Tire. Their corporate office is located in Springfield, Illinois and they have stores located in Springfield, Brownsburg, Indiana and Plymouth, Indiana. Further information can be found on Hoosier Tire Midwest by pointing your web browser to www.racetires.com. Information on Hoosier Racing Tire is available at www.hoosiertire.com.

The Engine Pro Sprints on Dirt presented by ARP Series competes in Michigan and crowned Gregg Dalman as the 2015 Series Champion. For additional information on the Sprints on Dirt Series, visit www.sprintsondirt.com