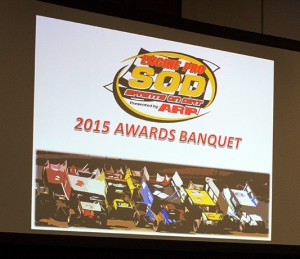 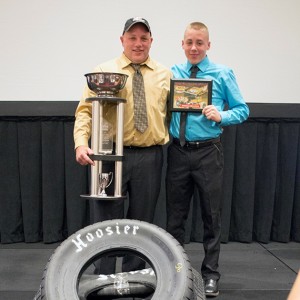 Dalman is now a two-time SOD champion, but this one was extra special as Gregg’s son, Keegan, received the award for Crew Chief of the Year making it a double championship for the Dalman family.

Emcee Wayne Bunn, announcer at Hartford Motor Speedway, directed the awards ceremony in front of a background presentation created and presented by Matt Miller.  Thank you to both Wayne and Matt for their professional touch.

Series Sponsors, whose support is truly appreciated, were recognized. Our sponsors this year included: 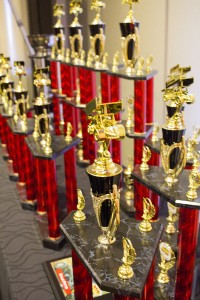 Thank you to SOD trophy sponsors:

A big thank you to everyone that helped out with door prizes and product/contingency sponsorships for this year’s banquet including:

Thank you to Awards Plus Laser Engraving for the great job they did on the trophies.

Thanks to all of the photographers who captured all the memories and allowed us to use their shots for our media releases.  A special thank you to TJ Buffenbarger for his support with our website, Facebook page, Twitter account and email system.

All of the SOD promoter partners were recognized.  Thank you for being so helpful and patient during our last minute staff transition at the beginning of the season.  Those in attendance were: 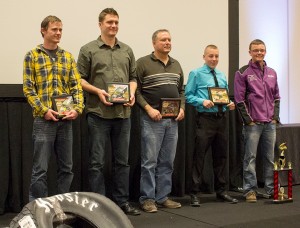 2015 Sportsman of the Year: Mark Aldrich

2015 Most Improved Driver of the Year: Craig Karazim 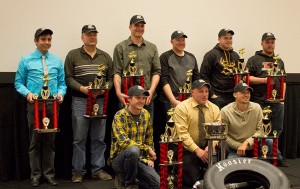 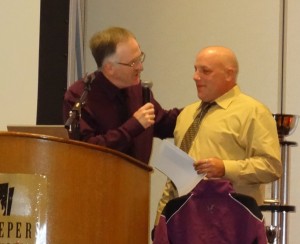 The 2015 Mahle/Clevite Short Track Challenge consisted of 5 races at 5 different tracks. The Top 10 finishers were:

Special awards were given to:

The 2015 Engine Pro Sprints On Dirt presented by ARP Awards Banquet brought the curtain down on a great 2015 season.  Thank you to everyone who made it a success and see you next year!